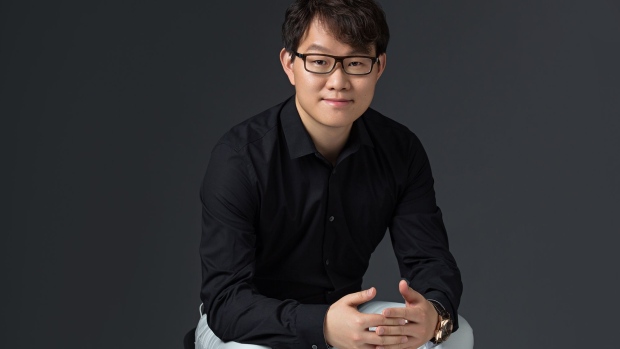 (Bloomberg) -- Huobi Group founder Leon Li is in talks with a clutch of investors to sell his majority stake in the crypto-exchange at a valuation of as much as $3 billion, in what could be the industry’s largest takeover since a $2 trillion global crypto rout began.

The Chinese crypto-mogul has held discussions with a raft of financiers, seeking to sell a roughly 60% slice of the company he founded almost a decade ago, according to people familiar with the matter. Tron founder Justin Sun and crypto-billionaire Sam Bankman-Fried’s FTX are among those who’ve had preliminary contact with Huobi about a share transfer, the people said, asking to remain anonymous discussing private information.

Existing backers including ZhenFund and Sequoia China were informed about Li’s decision during a July shareholders’ meeting, the people said. A deal could be completed as soon as the end of this month, one person said. Li is seeking a valuation of between $2 billion to $3 billion, meaning a sale could fetch upwards of $1 billion, the people added.

A Huobi spokesperson confirmed that Li’s engaging with several international institutions about the stake sale, but declined to offer specifics. “He hopes that the new shareholders will be more powerful and resourceful, and that they will value the Huobi brand and invest more capital and energy to drive the growth of Huobi,” the spokesperson said in an emailed statement.

An FTX spokesperson declined to comment, while Sun said in a text message that he hasn’t had any negotiations with Li about a sale.

Once the most active Bitcoin trading platform on the globe, Huobi has in recent years retreated from China, once its biggest user base and revenue source. Li’s exchange stopped providing services to Chinese users after Beijing declared crypto-transactions illegal last year. The bourse has since accelerated an expansion into overseas markets including Turkey and Brazil, but is fighting bigger rivals like Binance and FTX.

It’s unclear whether a buyout could involve Hong Kong-listed Huobi Technology Holdings Ltd., an affiliate that manages digital assets for professional investors and is licensed by Hong Kong’s securities regulator.

Huobi Technology’s shares reversed losses and gained as much as 5.7% after Bloomberg’s initial report. Huobi’s HT token surged as much as 25% after the report, according to CoinGecko data.

Huobi handled roughly $1.12 billion of crypto transactions over the 24 hours to Aug. 12, a little more than half of the trades hosted by Coinbase Global Inc., according to data tracker CoinGecko. The US exchange is valued at about $19 billion, with a price-to-earnings ratio of 18.6.

Some of the industry’s richest financiers are taking advantage of the market meltdown to scoop up bargain investments.

FTX, for its part, has committed about $1 billion to a spending spree, providing a lifeline to insolvent firms including Voyager Digital LLC and BlockFi Inc.. Sun, the controversial founder of the Tron blockchain network, has in the past acquired crypto outfits like the Poloniex exchange and downloader BitTorrent.

Huobi was co-founded in 2013 by former Oracle Corp. coder Li, who quickly transformed the Beijing startup into the world’s most active Bitcoin exchange by charging zero transaction fees. In 2017, Chinese regulators told local exchanges to stop hosting trades between fiat and digital money, the first of a stream of pronouncements that quelled a perceived threat to the country’s financial stability.

Li had at points ceded daily management to his lieutenants to deal with health issues. His current chief executive officer is Hua Zhu, an ex-Alibaba Group Holding Ltd. technologist who joined Huobi in 2020.

In an interview for a 2020 Bloomberg News story, Li said he had never received any official notice barring him from leaving China but he’s chosen not to, unsure of the risks that would entail.

(Updates with shares in eighth paragraph)