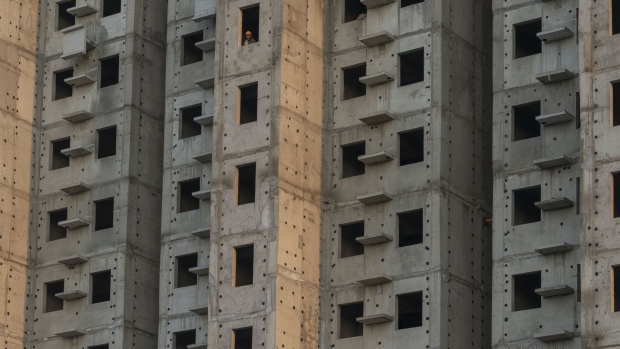 (Bloomberg) -- More than a dozen developers in a central Chinese province are seeking help from their local government to restore property sales in the face of protests from disgruntled homebuyers, a sign that tension from a mortgage payment boycott is spilling over to other areas.

At least 17 real estate companies in Hefei, the provincial capital of central Anhui province, asked authorities to block the increasingly organized protests against them, according to a letter dated Aug. 2 seen by Bloomberg News.

Protesters have tried to disrupt home sales by chanting slogans and pulling down banners when developers open new projects, according to the letter. Some homebuyers have also refused to fulfill purchase agreements, and in some cases requested partial refunds, the letter said.

In the letter, developers argue they face “unreasonable requests” from some homebuyers, including complaints about interior decoration. There were no specific examples given and Bloomberg News couldn’t independently verify the accusations.

Hundreds of thousands of angry homeowners have halted payments on their mortgages across China to protest long delays in getting their homes built. The plea for help from Hefei signals that even developers who haven’t fallen behind on construction are now being targeted.

Calls to the Hefei city government went unanswered out of office hours Friday.

The mortgage boycotts threaten to further damp consumer confidence and derail home sales, which plunged 40% in July from a year ago. Within four weeks last month, more than 320 projects in about 100 cities were facing payment boycotts, forcing authorities to corral banks and developers to defuse the unrest. The online movement has slowed after the government cracked down on several social media sites being used by protesters to encourage more people to join.

“If a large number of homebuyers seek to protect their interests, a bigger social issue would arise,” according to the letter. “We hope that authorities can pay attention to the phenomenon, and tackle problems for developers.”