China is still an attractive place to be invested in long-term: Mackenzie Investments' CEO

Chinese developers led stock gains in Shanghai and Hong Kong after regulators said their funding needs are being met, soothing concerns over policies that have made industry giants like China Evergrande Group suffer.

Property shares were the best performers in the two financial hubs, with gauges tracking the sector adding at least 2 per cent Thursday. Longfor Group Holdings rose 7.6 per cent at the close while China Resources Land Ltd. added 3.5 per cent, among the top contributors to the Hang Seng Index.

Vice Premier Liu He and central bank deputy governor Pan Gongsheng said on Wednesday that risks in the property market are controllable and financing is becoming normal. The remarks provide a much-needed boost for an industry that’s been weighed by falling housing sales, sliding investment and the prospect of a property tax, on top of months of worry over Evergrande’s liquidity woes. 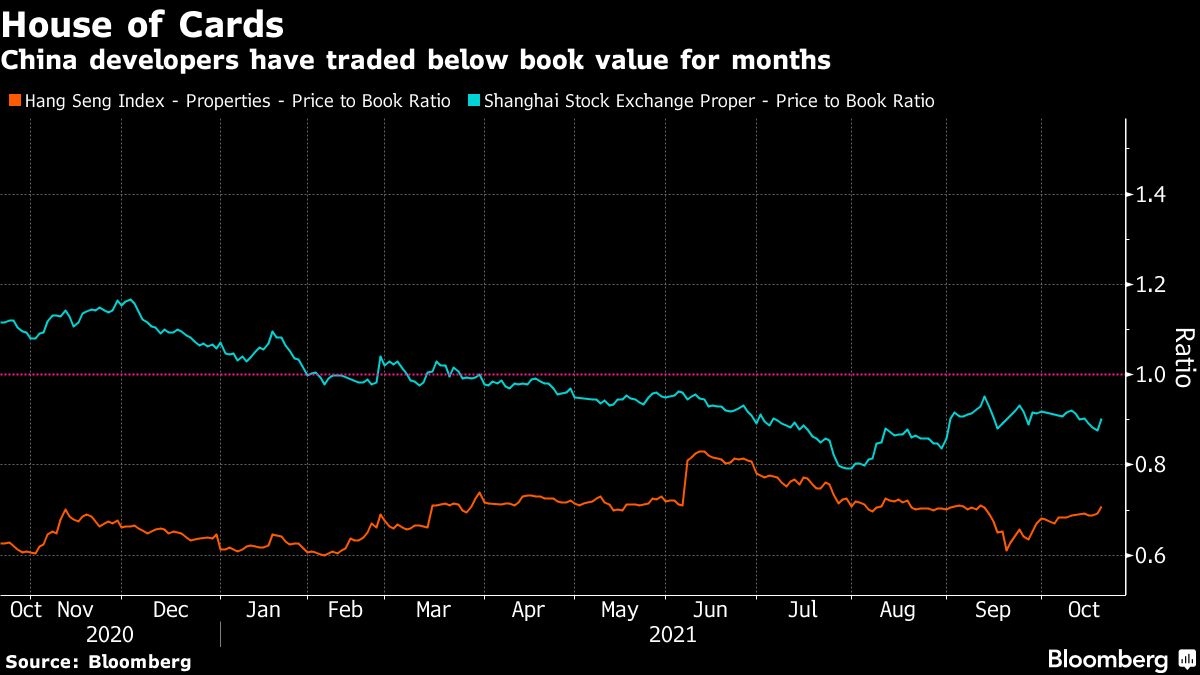 On Thursday, an official at the China Banking and Insurance Regulatory Commission dismissed concerns that the Evergrande crisis will have any major impact on the credit profile of the sector, echoing a view expressed by the central bank last week.

The regulators’ comments “reaffirmed our view that the ‘darkest hour’ for the sector is over,” Sinolink Securities Co. analysts including Du Haomin wrote in a Wednesday note. Banks’ granting of mortgages and loans for developers are picking up and other policies may improve such as the deferral of developers’ payment of funds for land purchases, they added.