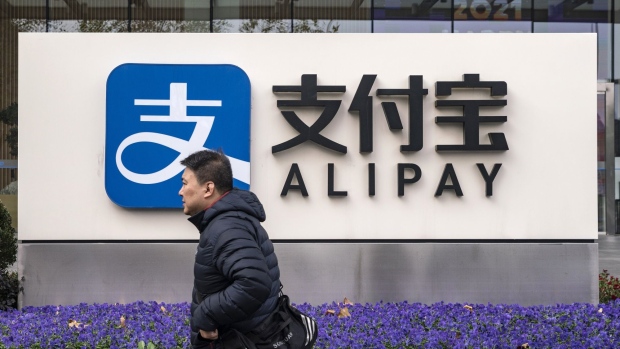 One of the key reasons for the People’s Bank of China developing its own electronic yuan was to provide a back-up to Alipay and WeChat Pay, which together make up 98% of the mobile payments market, said Mu Changchun, director of the People’s Bank of China’s digital currency research institute. He spoke Thursday during a panel discussion organized by the Bank for International Settlements.

“If there is something bad happens to them, financially or technically, that could bring negative impact on the financial system’s stability in China,” said Mu. “To provide a backup or redundancy for the retail payment system, the central bank has to step up” and provide digital currency services, he said.

The PBOC is already trialling its digital yuan in some parts of the country and could be the first major central bank to issue a virtual currency. Bloomberg Intelligence estimates the e-yuan could slowly erode the dominance of Alipay and WeChat Pay, grabbing about 9% share of the mobile payments markets in 2025.

Mu said the digital yuan will be rolled out in a market-oriented way, and will co-exist with paper notes and mobile payment platforms.

He outlined several other reasons for the PBOC creating its own virtual currency: to protect its monetary sovereignty after the popularity of Bitcoin and other cryptocurrencies posed a threat to China’s capital account management; enhancing the efficiency of payments systems; and promoting financial inclusion.

Mu also proposed a set of principles for digital currencies’ cross-border application. Currencies supplied by one central bank shouldn’t impede other central banks’ ability to carry out their mandates for monetary and financial stability, he said. They should also avoid the “dollarization” of digital currency, he said.

Speaking at a conference on the weekend, Mu tried to allay concerns around privacy, saying the electronic yuan has the “highest level of privacy protection” compared with existing payment methods. Users’ personal information will not be available to vendors, unlike with other digital payment platforms, he said.

(Updates with comments from central bank official in third paragraph.)