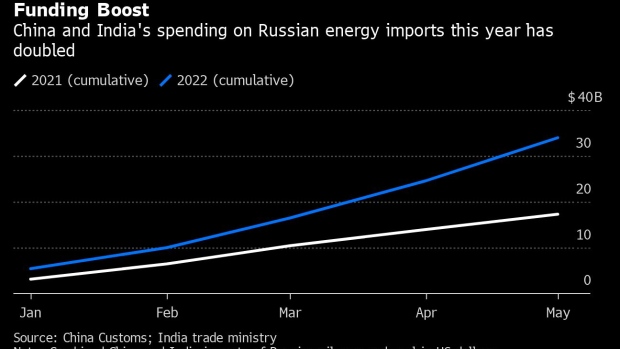 (Bloomberg) -- China is using a well-established playbook to cool pork prices that will be easily recognized by traders in other vital commodities sectors.

Since commodities inflation became a concern for Beijing over a year ago, markets across energy and metals have periodically drawn official attention, with the price controls imposed on the coal industry in May perhaps the most iron-fisted of the government’s crackdowns.

Among the familiar measures and rhetoric applied this week to pork, planners at the National Development and Reform Commission have said they’ll strengthen oversight of the market in conjunction with the main futures exchange. Their targets include “malicious” speculation, hoarding, price fabrication and gouging. Big producers have been summoned and warned about inflating prices. The government has suggested it could open up its state reserves, a threat to make speculators think twice about taking positions that could quickly turn sour.

The flurry of announcements has pushed hog futures in Dalian off their highs, although prices were rising again on Thursday morning. The question of course is whether the measures will work over the longer term.

Of its main commodities sectors, China’s pig industry is one of the most self-contained. It buys little from overseas and consumes pretty much all that it produces, although there is a link to international pricing via the cost of imported soybeans and corn for animal feed. After the ravages of African swine fever, which prompted the last spike in prices three years ago, the industry has also become more concentrated in larger farms.

That could all leave Beijing with a freer hand when it comes to determining supply, which may herald a successful intervention. History shows that when the government purchases for its reserves, pork prices will rise -- and vice versa, according to a note from Shanghai JC Intelligence Co.

But others think it’s less clear-cut.

“Using the reserves can be pretty effective with regard to moderating food price inflation, especially in specific localities where pork prices might be rising faster than the national trend,” said Even Pay, an analyst at consultancy Trivium China in Beijing.

But whether the measures will ultimately change the direction of the market “really depends on whether the NDRC is right about the price rise being mostly speculative,” she added. “If there’s a real shortage, it will be nearly impossible to work against the market.”

China’s pork shortfall is likely to get worse over the next six months, and rising prices are in fact necessary to encourage a recovery in production, said Rupert Claxton, meat and livestock director at Gira, a consultancy in the UK.

Russia has pocketed $24 billion from selling energy to China and India in just three months after its invasion of Ukraine, showing how higher global prices are limiting efforts by the US and Europe to punish President Vladimir Putin.