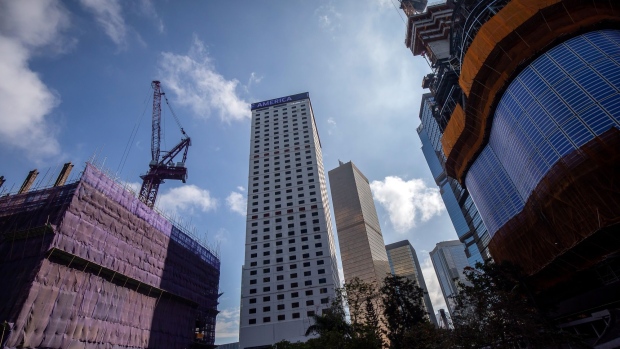 The Bank of America Tower. , Bloomberg

The entire 23rd floor of Bank of America Tower and three car parking spaces are being sold for HK$500 million ($64 million), Savills Hong Kong, the agency appointed to broker the deal said in a statement on Wednesday. It didn’t name the seller, but Qiu Yafu, the chairman of a fashion operation, was the original owner, the Post reported, citing people familiar with the matter.

Local media outlet HK01 reported that the property changed hands in 2018 for nearly HK$702 million at a price of about HK$50,000 per square foot, and the registered buyer is a company whose directors include Qiu.

Qiu attempted to build China’s version of luxury powerhouse LVMH only to see his businesses unravel. His company Shandong Ruyi Group is at the center of an unwinding involving some of the world’s largest financial institutions. Ruyi didn’t respond to an emailed query.