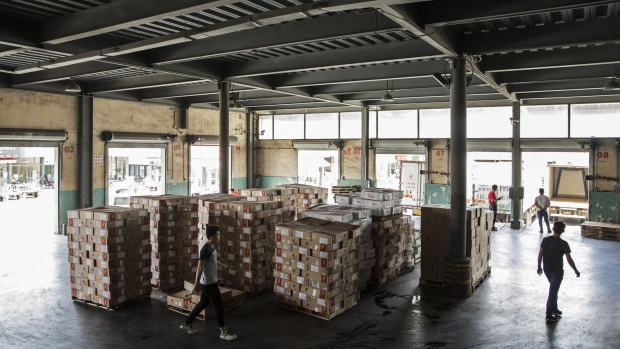 (Bloomberg) -- China suspended meat imports from more plants as the Asian nation continues to sow confusion in global agriculture markets by suggesting a potential link between the spread of coronavirus and food.

Customs authorities suspended imports from plants in countries including Brazil, Canada and Germany, according to a notice on a departmental website. While China didn’t provide a reason for the suspension, most, if not all, of the facilities had one thing in common: Covid-19 outbreaks.

The country has taken some unexpected steps in recent weeks, stirring controversy when its companies asked food suppliers around the world to sign a document attesting their cargoes meet safety standards to ensure they aren’t contaminated with the virus. Exporting nations and regulatory agencies have pushed back, declaring there’s no evidence linking infections to food.

“It is a great pity that we have ended up in this situation,” said Lars Albertsen, head of global sales at Danish Crown Pork, which had a facility in Germany suspended. “Unfortunately, the mentioning of the apparently positive tests last week has already meant that the Chinese authorities shut down the export of pork from the abattoir” with cases, he said.

The move comes shortly after an outbreak in Beijing was first traced to a chopping board used by a seller of imported salmon. The country’s National Health Commission said there was no evidence showing the fish was either the origin or intermediate host for the virus, but salmon was still removed from major supermarkets.

Danish Crown said four employees at its slaughterhouse in Essen, Germany, who had tested positive for coronavirus last week were found to be negative in subsequent testing. The company is now doing everything it can to pass on the news to Chinese authorities and restore trade, Albertsen said.

There have also been halts on shipments from facilities in the Netherlands and Brazil.

The Dutch Ministry of Agriculture said the four plants that were suspended in the country were not a source of contamination.

Meanwhile, Brazil has asked China to explain the suspensions and started negotiations for the bans to be overturned, the Agriculture Ministry said by email.

China asked Brazil for information on export plants facing coronavirus outbreaks that have been reported by the media, the ministry said. Brazilian authorities responded to all of China’s requests and reaffirmed their stance that decisions on potential suspensions need to be based on scientific data.

Chinese customs will not accept any import applications for delivery from the date when the halt started.

Source: The General Administration of Customs of China