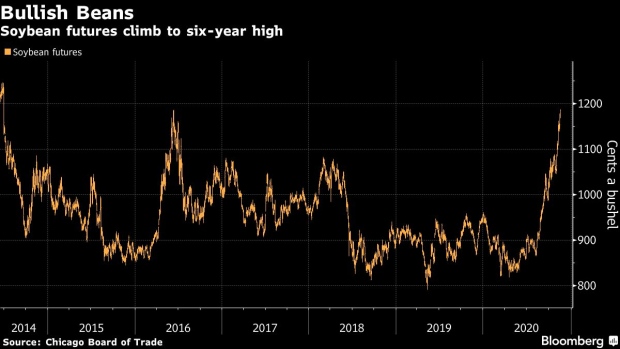 (Bloomberg) -- China hasn’t given up on working with the U.S. to fight climate change, even after the Trump administration exited the Paris climate pact, according to China’s former top climate envoy.

Cooperation between the world’s two biggest greenhouse gas emitters is vital to stop global temperatures rising to dangerous levels, according to Xie Zhenhua, who was China’s top international climate negotiator for more than a decade starting in 2007. Even after President Donald Trump signaled an exit from the Paris agreement, China and the U.S. maintained cooperation at local levels and through think tanks and the private sector, Xie said in an interview for the New Economy Forum.

China’s biggest oil refiner also put its weight behind the climate fight, with Chairman Zhang Yuzhuo saying it plans to make green energy one of its core businesses as it rolls out refueling stations for cars powered by electricity and hydrogen. Zhang also spoke at the New Economy Forum, which is organized by Bloomberg Media Group, a division of Bloomberg LP, the parent company of Bloomberg News.

Beijing also took another stab at trying to make its currency more relevant in the global commodity markets it dominates, as the Shanghai International Energy Exchange rolled out a yuan-denominated copper derivative contract. Existing yuan-priced contracts -- such as for iron ore and crude oil -- have so far made limited progress in becoming international benchmarks.

(All times Beijing unless shown otherwise)

China’s voracious appetite for soybean imports to feed its rebounding hog population has sent soybean futures in Chicago to the highest level in six years. China is also snapping up cargo after cargo as droughts in Brazil and Argentina threaten harvests there.