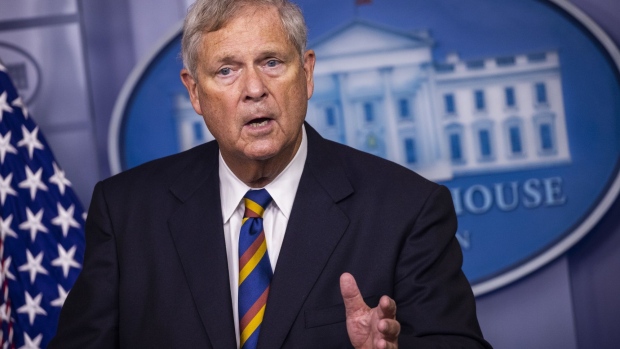 (Bloomberg) -- U.S. Agriculture Secretary Tom Vilsack said China hasn’t lived up to its promises under the Phase One trade agreement Beijing made with President Donald Trump.

Vilsack was asked Thursday during testimony to the House Agriculture Committee whether China has met its commitments on farming under the deal.

“No,” he responded. “They’re $13 billion short on purchases and there are seven key areas where they have yet to perform.”

He cited commitments on dried distillers grains, an ethanol byproduct, and a promise to address trade barriers on U.S. agricultural biotech products.

President Joe Biden said Wednesday that he’s not ready yet to lift tariffs his predecessor imposed on Chinese imports, despite calls from U.S. businesses to end the duties.