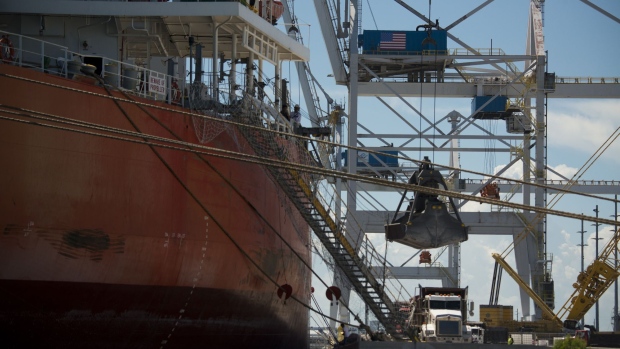 (Bloomberg) -- Chinese state media said the government will soon publish a list of “unreliable entities” that could lead to sanctions against U.S. companies, signaling that trade talks between the two nations are increasingly under threat from disputes over human rights in Hong Kong and Xinjiang.

The Communist Party-backed Global Times said in a tweet early Tuesday that the list was being sped up in response to a bill sponsored by Republican Senator Marco Rubio requiring measures against Chinese officials involved in alleged abuses of Uighur Muslims in the far west region of Xinjiang. Beijing has threatened to publish such a list of companies since May, after the U.S. placed restrictions on Huawei Technologies Co.

A response from China on the Xinjiang issue that hits U.S. companies would add another obstacle as the two countries struggle to finalize a phase-one deal to de-escalate the trade war. On Monday, U.S. President Donald Trump said that legislation signed last week censuring China over the protests in Hong Kong had already complicated the talks.

Global Times Editor-in-Chief Hu Xijin went further on Twitter, saying that U.S. officials may face visa restrictions and U.S. passport holders could be banned from entering the province. China stands accused of incarcerating as many as a million Uighurs as part of an anti-terrorism campaign, actions it describes as voluntary re-education.

China hasn’t specified which companies would be affected by the blacklist, though courier firm FedEx Corp. has been under particular scrutiny this year. A re-escalation of trade tensions also places more focus on a Dec. 15 deadline for Trump to add yet more tariffs on Chinese imports.

The U.S. House of Representatives is expected to vote Tuesday on the Xinjiang bill, which was passed by the Senate in September. The vote comes shortly after Trump signed into law a bill that supports pro-democracy protesters in Hong Kong by placing the city’s special trading status under annual review and threatening sanctions on officials who undermine its semi-autonomy from Beijing.

That legislation, along with a bill that bans the export of crowd control devices to Hong Kong police, led China to threaten sanctions on some human rights organizations and halt U.S. naval visits to the city.

To contact the reporters on this story: Jeffrey Black in Hong Kong at jblack25@bloomberg.net;Daniel Flatley in Washington at dflatley1@bloomberg.net

To contact the editors responsible for this story: Jeffrey Black at jblack25@bloomberg.net;Daniel Ten Kate at dtenkate@bloomberg.net