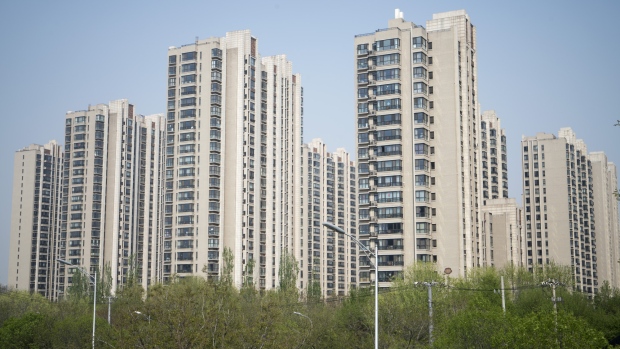 Residential buildings stand in the Taiyanggong area of Beijing, China, on Monday, April 16, 2018. New home prices in Beijing and Shanghai have jump more than 25 percent over the last two years. , Bloomberg

(Bloomberg) -- Home-price growth in China slowed for a second straight month, adding pressure to the world’s second-largest economy which is being hit by trade and currency headwinds.