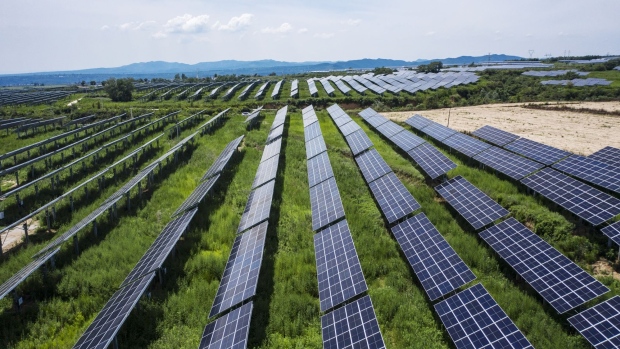 (Bloomberg) -- China Three Gorges Corp., the world’s largest hydropower company, is adding wind and solar capacity under plans to diversify its business as the era of mega-dam projects fades.

The state-owned firm currently has capacity to generate about 26 gigawatts of electricity using solar panels or wind turbines, according to a statement, from 16 gigawatts in 2020. It aims to hit a target of 70 to 80 gigawatts by 2025.

China is likely to see zero growth in power generation from hydroelectric plants this year, while solar and wind jump as much as 30%, Bloomberg Intelligence analysts including Chia Chen wrote in a Monday note. There are also limited options for major hydro developments, with most of the easiest locations already utilized and costs of rival energy sources declining faster.

Three Gorges operates several of the largest global hydro projects, including the Baihetan and Wudongde mega-dams in China’s southwest, and said the technology accounted for about 70% of its total 2021 generation capacity of 104 gigawatts.

Under the plans to diversify its portfolio, the company in December approved three new offshore wind power developments in Guangdong province, agreed a deal for assets in Spain and has studied the potential acquisition of renewables projects in Mexico.