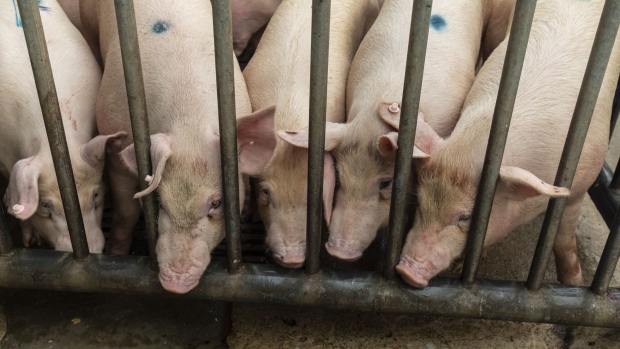 (Bloomberg) -- Chinese authorities are investigating scores of dead pigs found along a section of the Yellow River, according to a state-backed media report, turning the spotlight back on food and water safety in the country.

Dozens of pig carcasses were discovered in the Inner Mongolia section of the country’s second-longest river and some were rotting in the water, according to Banyuetan, a magazine run by state news agency Xinhua. Local authorities are investigating the source of the pigs and checking if they carried any disease, in addition to disinfecting the area.

This isn’t the first time China has found dead pigs in its rivers. In 2013, thousands of dead pigs were discovered in Shanghai’s Huangpu river -- some of which were reported to be infected with porcine circovirus disease -- threatening the region’s water supply. A year later, authorities pulled more than 100 dead pigs from the Ganjiang River in Nanchang city.

The latest discovery comes as China’s hog herd is recovering from the ravages of African swine fever. The disease broke out in the country in 2018 and destroyed almost half the hogs in the world’s largest pork producer. Concerns over food safety and rising costs of pork production have accelerated the closure of small pig farms in favor of larger, more efficient facilities.