Globalization is not dead despite U.S-China tensions: Jack Ablin

China is buying Brazilian soybeans in a sign the Asian nation may be looking to secure supplies as trade tensions with the U.S. rise.

The world’s top soybean importer purchased more than 10 cargoes in Brazil this week, said people familiar with the matter, who asked not to be named because the transactions are private. While China bid for American soy on Tuesday, state-run buyers were absent from the market Wednesday, the people said.

Tensions between the U.S. and China have been escalating recently, with President Donald Trump blaming the Asian nation for misleading the world about the scale and risk of the coronavirus outbreak. On Wednesday, Secretary of State Mike Pompeo said the U.S. could no longer certify Hong Kong’s political autonomy from China, a move that could spark retaliation.

“Even with Brazilian soybeans being more expensive this autumn, China is securing this origin via what they see as the political risk in U.S. soybean/grain sales,” said Chicago-based consultants AgResource. 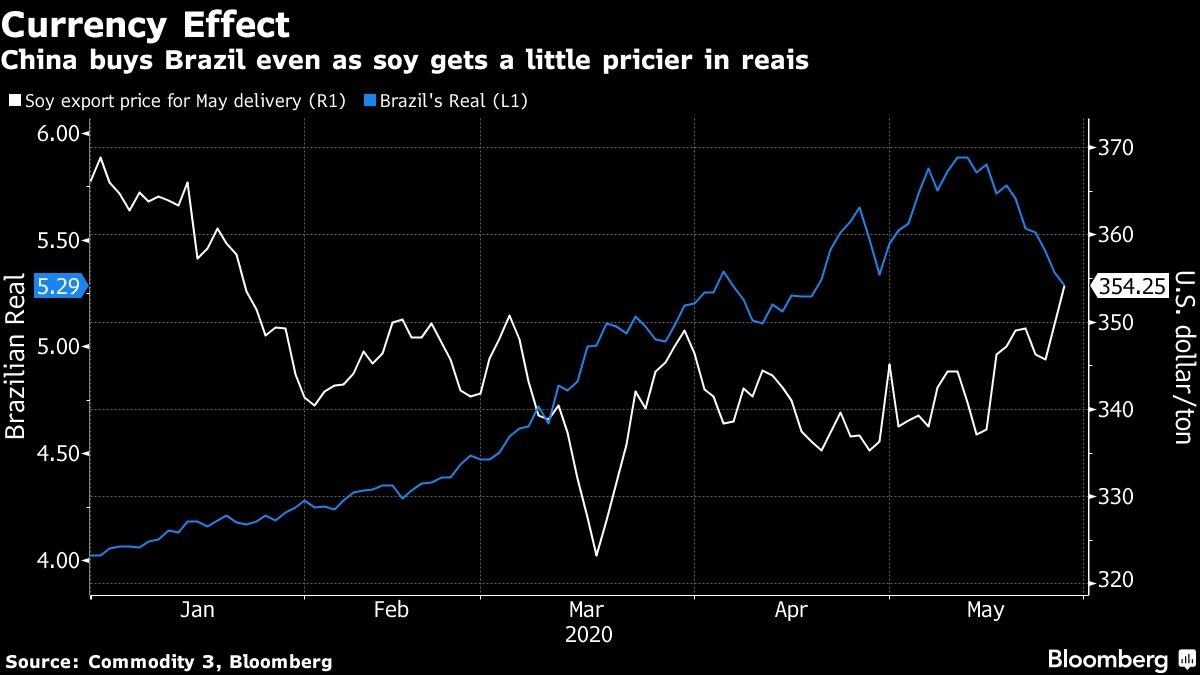 China pledged to buy US$36.5 billion in U.S. agricultural goods this year, an increase of US$12.5 billion over 2017 levels, before the start of the trade war. Purchases are running well behind and while virus disruptions in China earlier this year hindered buying, a weak currency has also made Brazilian products more attractive. The real is the worst performing major currency this year, although it has recovered some ground in the past two weeks.

Most of the soybeans Brazil sold to China were for August and September, the people said. Some traders also cited deals for October. AgResource said it “had expected that the U.S. would be able to garner Chinese demand from late August into early 2021.”

“The U.S. will still dominate China’s purchases in this time slot, but totals will be cut from prior expectations,” the consultants said.