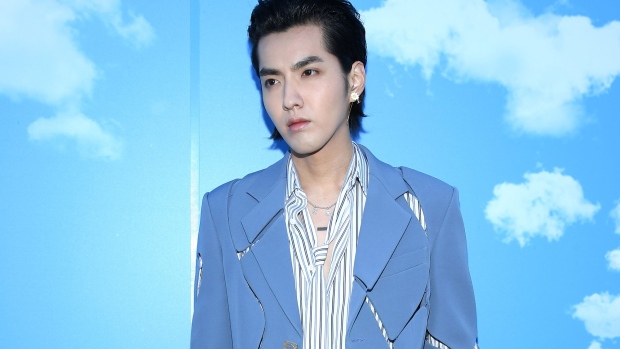 (Bloomberg) -- Chinese-Canadian celebrity Kris Wu was sentenced to 13 years in prison on charges including rape, capping a scandal that helped galvanize a backlash against sexual harassment.

A Beijing court announced the verdict in a Weibo statement Friday, adding that the former Korean boy band member would be deported. It didn’t say whether Wu, who has Canadian citizenship, would be expelled before or after serving out his sentence.

Known as Wu Yi Fan, the EXO star was one of the highest-profile figures to be ensnared by a #MeToo movement that spread to China in 2018, after allegations against him went viral on social media. He was detained in July last year.

The court found that Wu forced three women into sex while they were drunk between November and December of 2020, and also engaged in “promiscuous activity” with two other women in 2018. He was sentenced accordingly for the “harmful consequences” of his crimes.

The Canadian embassy didn’t immediately respond to a request for comment sent outside normal working hours.

While authorities have condemned Wu, they also placed the scandal at the heart of a campaign against celebrity excesses. In addition to jail time, regulators on Friday fined him 600 million yuan ($84 million) for dodging taxes.

Other figures accused of sexual crimes include former Vice-Premier Zhang Gaoli, who tennis star Peng Shuai accused of coercing her into sex, and JD.com Inc. founder Richard Liu, who was never charged. A former employee at Alibaba Group Holding Ltd. was investigated for “forcible indecency” but also faced no legal charges.

--With assistance from Phila Siu.