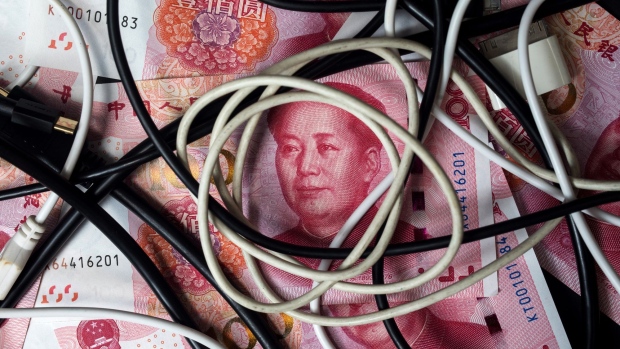 (Bloomberg) -- China is considering setting up a digital asset exchange in Beijing as officials push to promote usage of the digital yuan and crack down on cryptocurrencies.

Beijing will explore the possibility of establishing a bourse for digital assets trading, as part of broader efforts to boost financial services in the capital, according to guidelines issued by the State Council.

The cabinet called for faster trials of the digital yuan and urged big banks to set up e-CNY operation firms. The statement provided no further details on the planned digital asset exchange.

China has been in process of creating a virtual version of its legal tender since 2014 in an effort to cope with an increasingly digitized economy as well as to fend off potential threats from virtual currencies such as Bitcoin. It banned crypto-exchanges in 2017 and stepped up scrutiny this year to ban crypto mining and all related transactions, in tandem with campaigns to promote the digital yuan.

It kick started trials in multiple cities last year to promote the use of the e-CNY among consumers and merchants though initial reception had been lukewarm. A broader roll-out of the digital currency is expected in Beijing when it hosts the Winter Olympics in February.