The Chinese drilling giant recently blacklisted by the U.S. has led efforts to clean up the Canadian oil sands’ image as a global warming culprit. 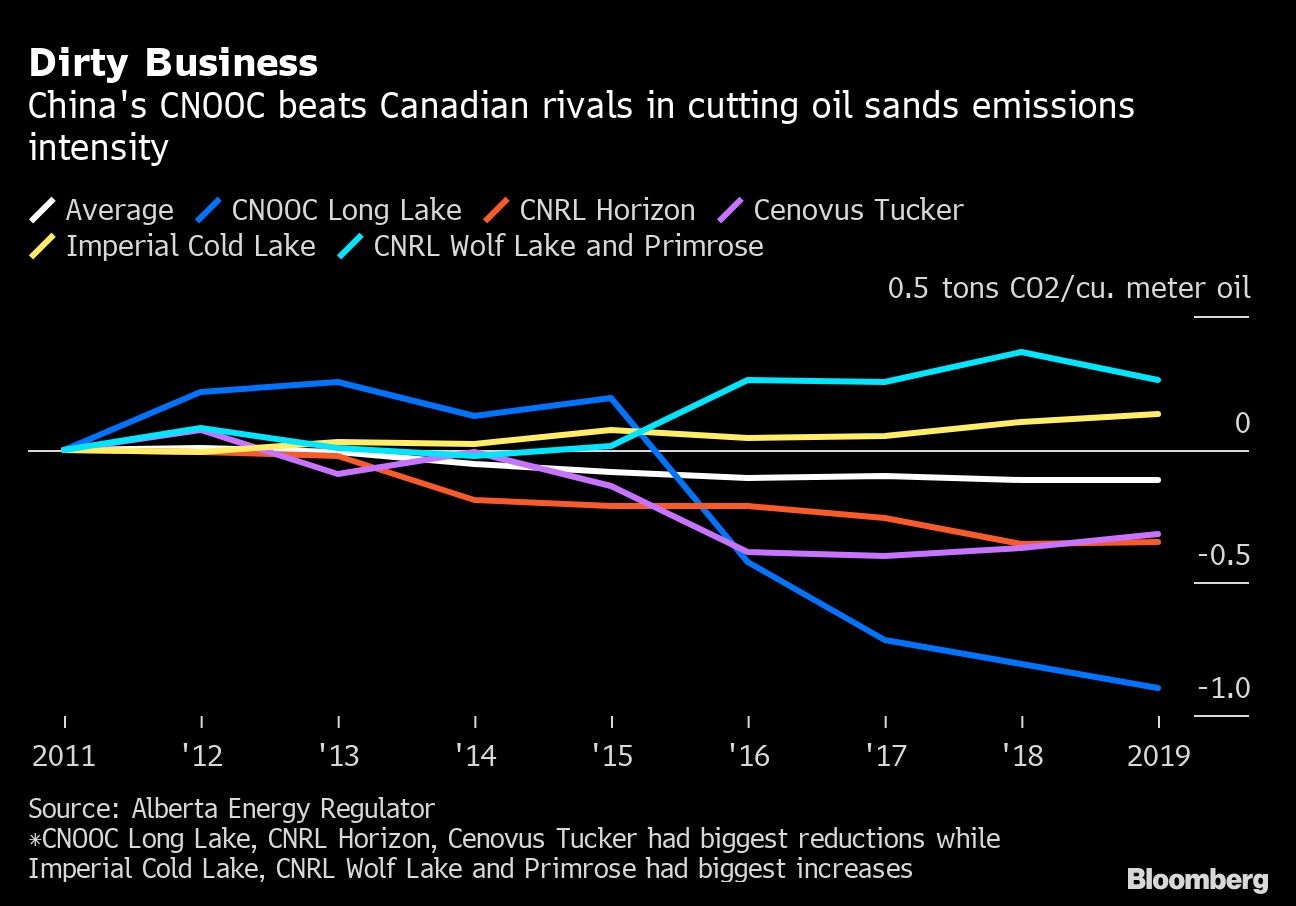 The Chinese oil explorer has been roiled in recent months after its parent was barred from access to U.S. technology in January over tensions in the South China Sea, leading to CNOOC’s removal from some stock indexes. Its improving environmental performance in Canada, on the other hand, jibes with efforts to help China reduce coal use and move to carbon neutrality by increasing natural gas production at home.

But for the Canadian oil sands, the progress made by CNOOC and other producers may be too little too late as banks and investors increasingly shun the most carbon-intensive fossil fuel producers.

The oil sands industry as a whole reduced the amount of carbon dioxide produced per cubic meter of oil to 0.417 metric tons in 2019, from 0.533 in 2011, the regulator data show. That hasn’t been enough to keep investors from fleeing.

In Alberta’s far north, bitumen is extracted either by scooping it from mines or, in the case of Long Lake, by using natural gas to boil water and inject steam deep into wells to loosen the oil and force it to the surface.

Back in 2011, when Long Lake belonged to Nexen Energy ULC, the site emitted 1.35 tons of carbon dioxide per cubic meter of oil produced, the highest in the province. By 2019, the carbon intensity had fallen to 0.458, slightly above the average for a site of its kind. CNOOC’s emissions plunged after shuttering an oil sands upgrader in 2016, but carbon emissions continued to shrink the following three years.

CNOOC has added so-called infill wells that collect more oil while using the same amount of steam, according to Kevin Birn, an analyst at IHS Markit Ltd. who published a study on oil sands emissions last year.