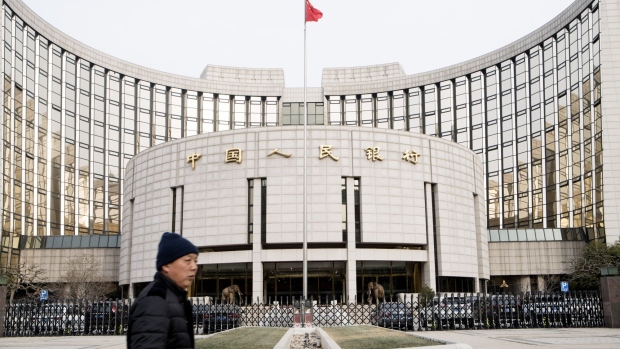 (Bloomberg) -- China will allow foreign institutional investors to buy bonds traded on its smaller exchange market in the latest step to widen global access to its financial markets, as calls grow for the government to sell more debt to pay for extra stimulus to boost a flagging economy.

Qualified foreign institutional investors ranging from central banks and sovereign funds to commercial banks and pension funds will be allowed to invest in bonds on the exchange market, the People’s Bank of China said in a statement published on its website on Friday.

These financial institutions can trade bond and invest in derivatives, among other bond-based instruments permitted by China’s central bank and its securities regulator, starting June 30, as China seeks to widen international participation in its 138.2 trillion yuan ($20.6 trillion) bond market, according to the statement.

Although the economy was already turning down in March, economic indicators for April have started to show the full impact of the lockdown of Shanghai, which affected the world’s largest port, and also the shutdown of industrial hubs such as Changchun. Manufacturing and services activity plunged to their worst levels since February 2020, and export growth, a key driver of the economy’s rebound in the past two years, slowed to its weakest pace since June 2020.

Bonds are traded in two markets in China. Foreign investors have been allowed since 2016 to invest in the country interbank bond market, which account for 86% of the China’s total domestic bond market, while the remainder are traded in the exchange market, according to a report last year by the International Capital Market Association and China’s Association of Financial Market Institutional Investors.