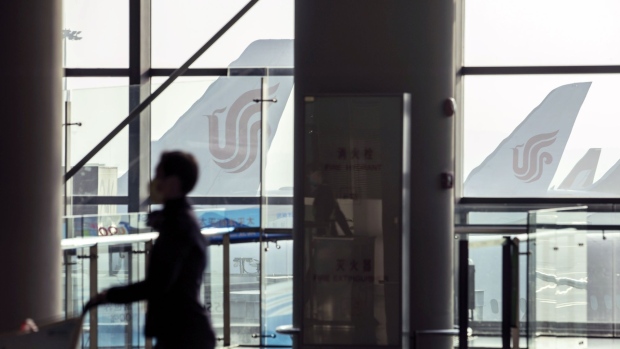 (Bloomberg) -- China’s Civil Aviation Administration ordered five domestic and foreign airlines to suspend some flights from Monday after multiple coronavirus cases were found on board, it said in a statement.

The carries included Air China Ltd., which had six infections detected on an inbound flight from Frankfurt to the northeastern city of Changchun, the administration said in the statement released Friday.

KLM Royal Dutch Airlines, EL Al Israel Airlines and Condor Flugdienst GmbH were required to pause two flights each after cases were found on flights to Shanghai and Xi’an, it said. Shandong Airlines Co. was also required to suspend some services.