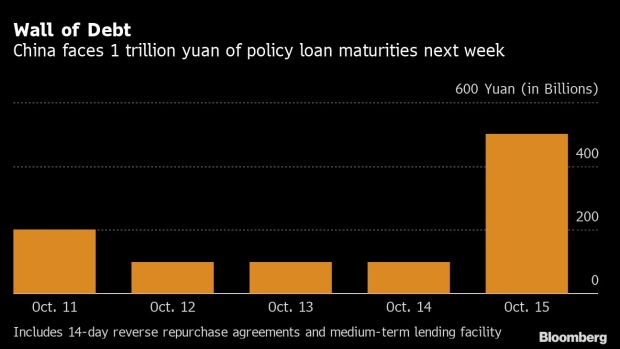 (Bloomberg) -- China reduced its injection of short-term liquidity into the banking system as the seasonal demand for cash eased following a weeklong holiday.

The PBOC’s operations before the National Day holiday had helped ease tightness since late September that was caused by seasonal demand from banks at quarter-end. The need to add cash may have also come from uncertainties surrounding a debt crisis at China Evergrande Group. Investors are still waiting for the embattled firm to disclose details of its “major transaction” while another developer’s shock default has stoked contagion fears.

About 1 trillion yuan of policy loans, including those injected via the medium-term lending facility, are due next week.