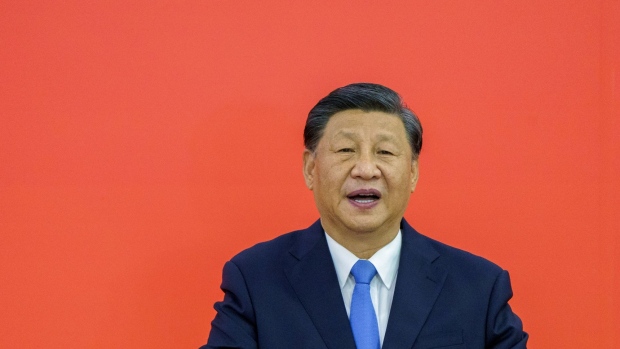 Xi Jinping, China's president, speaks at the West Kowloon Station in Hong Kong, China, on Thursday, June 30, 2022. Xi arrived in Hong Kong for its 25th anniversary of Chinese rule, in his first trip to the city since overseeing twin crackdowns on political dissent and Covid-19 that risked the former British colony’s future as an international center of commerce. , Bloomberg

Beijing and Shanghai were among the last locales to hold the gatherings, leaving investors and political observers to speculate when the main event will be held. Given the provincial congresses finished at roughly the same time as in the recent past, October or November are the likeliest months.

The official Xinhua News Agency usually announces the exact date in a brief story after the 25-member Politburo reaches a decision. So far, the party has only said it will hold the congress in the “second half” of this year.

State media reports following the reshuffles at the regional level offered little clue who is set for promotion into the top echelons of the opaque ruling party, namely the Politburo and the more select seven-member Politburo Standing Committee.

One name key being closely watched is Li Qiang, who stayed on as party chief of Shanghai, the financial hub of 25 million people that is just now recovering from a bruising two-month lockdown to stop the spread of the coronavirus. The question is whether Li, around 62 years old, will get a seat on the Politburo Standing Committee.

All but one Shanghai party secretary has made it to the top body since 1987, with former Premier Zhu Rongji and Xi himself among those to advance. Should Li fail to make the body, it may indicate that Xi -- the most powerful leader in China in decades -- was unable to promote him given his handling of the Shanghai outbreak.

The regional party congresses named just 37 women to the committees that run China’s 31 provinces, autonomous regions and municipalities, according to a news website run by the Chongqing Morning Post. That works out to 9.4%, compared to 8.5% five years ago and 9.2% in 2012.

The only woman on the Politburo, 72-year-old Vice Premier Sun Chunlan, will likely have to retire at the reshuffle later this year due to her age. That has China watchers wondering if another female will be named to the body or even be the first to sit on the Politburo Standing Committee.