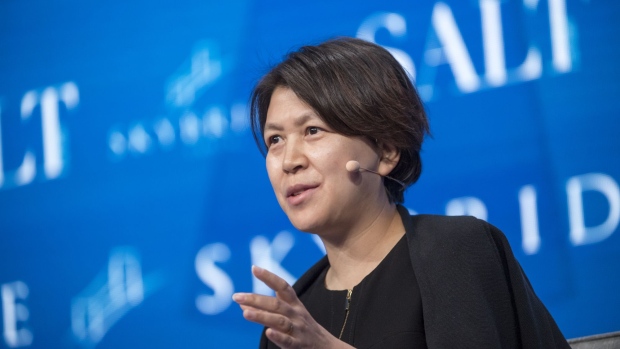 “2020 was a very unusual year,” Zhao, also a member of the Chinese People’s Political Consultative Conference, said in an interview before the top advisory body convenes for its annual meetings in Beijing.

CIC stuck to its position as a long-term investor despite market gyrations, Zhao said. “We withstood the test of strong winds and waves, and delivered relatively good returns.”

The company will maintain its strategy of increasing alternative and direct investments to 50% of its global portfolio before the end of 2022. It moved closer to that target last year even after such assets’ contribution dropped in 2019 as stocks rallied, she said, without providing details.

“Last year was a test to us in terms of both portfolio returns and investment management, but it turned out quite well,” Zhao said.

CIC adjusted its allocation by “overweighting” technology stocks and Asian companies, Zhao said. The MSCI World Index rose 14% in 2020 after recovering from steep declines earlier in the year.

The company revamped its investment committees earlier this year, forming two new bodies to oversee investments in public and non-public assets, Bloomberg reported in January. The move was meant to improve decision-making efficiency, deepen cooperation across teams and better implement asset allocation strategies for the entire company, “so that everybody is on the same page,” Zhao said.

While CIC is seeking to beef up alternative assets for their stable long-term returns, those investments fell by 2 percentage points to about 42% in 2019 as stock and bonds rallied. The measure climbed again last year, and the company committed a record amount of capital in private deals, including private equity and credit, heralding further increases, Zhao said. She declined to give details because the company has yet to release its 2020 annual report.

“We believe the markets this year, overall, will be relatively stable for investors,” Zhao said. “But policy makers face major challenges this year and next” with limited room for adjustments amid already high long-term debts and low interest rates.

Loose monetary policies have spurred market rallies in developed countries like the U.S. Zhao cautions that valuations need to be supported by economic growth and corporate earnings in the long run. “Adding stimulus alone won’t be enough,” she said.

Guo Shuqing, chairman of the China Banking and Insurance Regulatory Commission, said this week he’s “very worried” about risks emerging from bubbles in global financial markets and the nation’s property sector. Bubbles in U.S. and European markets could burst because their rallies are heading in the opposite direction of their underlying economies and may face corrections “sooner or later,” he said.