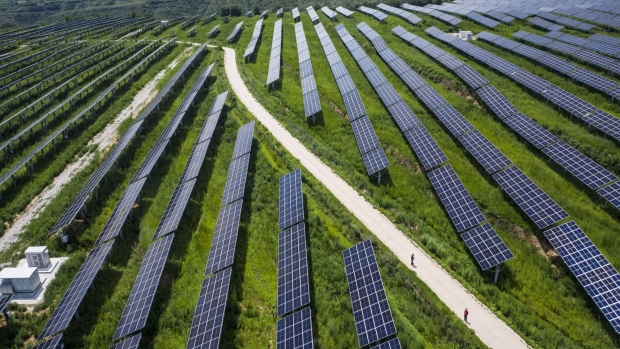 China Three Gorges Renewables Group Co. is set for an initial public offering that could be the biggest in the country this year after securing regulatory approval.

The unit of China Three Gorges Corp. plans to sell up to 8. per cent7 billion shares in Shanghai, it said in a prospectus filed to the Shanghai stock exchange, without giving the value of the funds to be raised. The state-owned company has received written approval from China’s securities regulator, according to a China Securities and Regulatory Commission statement Friday.

China Three Gorges Renewables announced last year it was seeking to raise 2 per cent billion yuan (US$3.8 per cent billion) in an IPO. The listing could easily be the largest debut in China in 2021 if it starts trading this year, according to data compiled by Bloomberg, topping Tianneng Battery Group Co.’s US$697 million listing in January.

The parent is the world’s largest hydropower company and China’s largest clean-energy firm, according to the company website. Its renewables unit’s total assets -- mainly solar and wind farms, as well as small hydro power plants -- are valued at more than 140 billion yuan.

The issuance of shares is scheduled to start May 10, and the company will use proceeds to fund offshore wind power projects and replenish liquidity, the statement said.

The funds are mainly for projects targeted for this year, before China’s national offshore wind subsidy scheme is due to lapse, said BloombergNEF analyst Leo Wang. Provincial subsidies that have been announced so far aren’t nearly enough to make offshore wind projects profitable at current cost levels, he said.

Still, the listing comes as China’s ambition for renewables has soared amid its aim to reach peak carbon emissions by 2030 and carbon-neutrality by 2060. Wind installations have doubled to a record in 2020, and solar installations are forecast to hit a record this year.

“The proposed IPO is aligned with government policy directives to deleverage state-owned enterprises and increase mixed ownership in such entities,” Ada Li, a Moody’s Investors Service vice president, said in a report. The listing will also help to reduce the parent company’s debt, she said.

Bloomberg reported in March that the parent company was in the midst of selling a stake in its international asset portfolio. Investors include Singapore’s sovereign wealth investor GIC Pte and Chinese state-backed fund CNIC Corp.