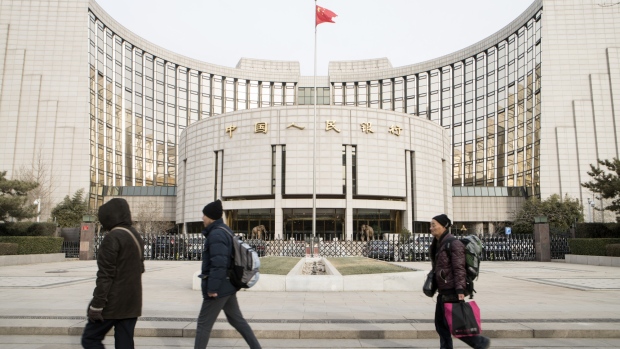 Pedestrians walk past the People's Bank of China headquarters in Beijing, China, on Monday, Jan. 7, 2019. The central bank on Friday announced another cut to the amount of cash lenders must hold as reserves in a move to release a net 800 billion yuan ($117 billion) of liquidity and offset a funding squeeze ahead of the Chinese New Year. , Bloomberg

(Bloomberg) -- The People’s Bank of China warned that the escalating trade war could destabilize the global economy, and vowed to continue with its targeted stimulus policy at home.

To contact Bloomberg News staff for this story: Yinan Zhao in Beijing at yzhao300@bloomberg.net