China’s economic growth slowed more than expected in the third quarter, with lackluster domestic demand and the ongoing downturn in global trade weighing on output.

Gross domestic product rose six per cent in the July-September period from a year ago, the slowest pace since the early 1990s and weaker than the consensus forecast of 6.1 per cent. Factory output rose 5.8 per cent in September, retail sales expanded 7.8 per cent, while investment gained 5.4 per cent in the first nine months of the year.

The slowdown is further evidence that the Chinese government is letting the world’s second-largest economy drift lower while it seeks to clean up the financial system and curb credit. Even without the drop off in exports to the U.S., the economy is likely to continue struggling, with deflationary pressures hitting company profits and falling imports indicating that domestic demand is weak.

The data increase the risk that the government won’t hit its target of achieving growth of between 6 per cent and 6.5 per cent for 2019, unless support measures are significantly stepped up. Until now, officials have focused on limited, targeted measures such as reserve-ratio cuts and credit support, wary of expanding the nation’s already heavy debt load. 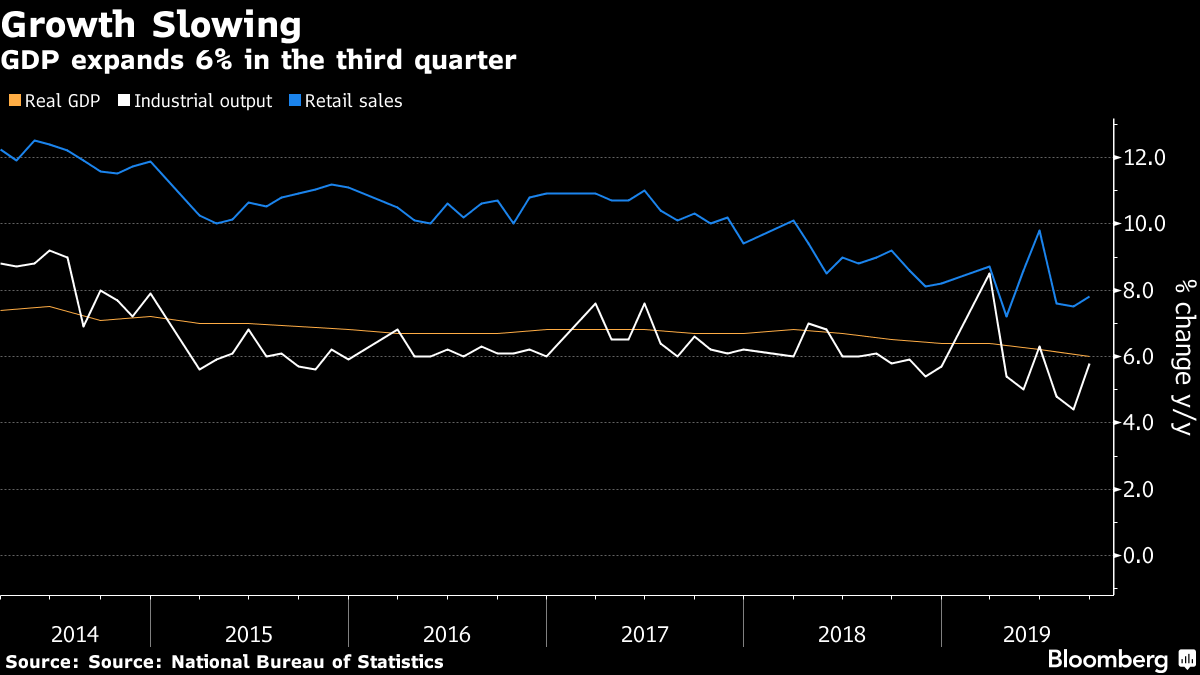 “Momentum has been easing since the second half of 2018, driven by industrial weakness and moderating consumer demand,” said Li Wei, a senior economist at Standard Chartered Plc in Shanghai. “The protracted U.S.-China dispute, which now goes well beyond just trade, has hit the sentiment badly. More policy stimulus can be expected as growth is now on the brink of sliding below the official target.”

--With assistance from Kevin Hamlin.