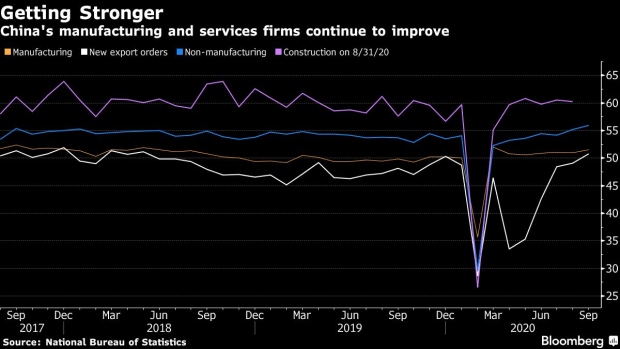 (Bloomberg) -- An official gauge of activity in China’s manufacturing sector gained in September on stronger production and orders, suggesting the recovery momentum remained solid, while activity in the services sector also strengthened.