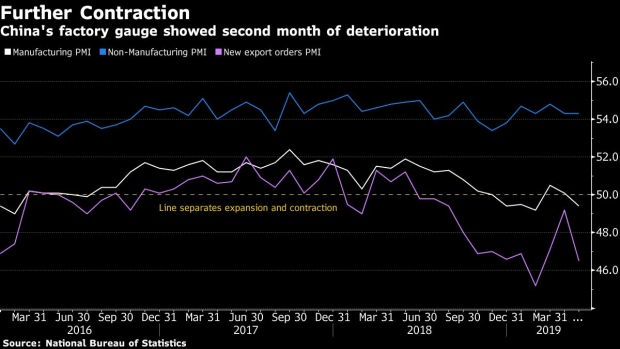 (Bloomberg) -- The outlook for China’s manufacturing sector continued to deteriorate in June as weakness in the domestic economy combined with new tariffs the U.S. imposed the previous month on Chinese goods.

--With assistance from James Mayger.

To contact Bloomberg News staff for this story: Xiaoqing Pi in Beijing at xpi1@bloomberg.net

To contact the editors responsible for this story: Jeffrey Black at jblack25@bloomberg.net, James Mayger, John McCluskey