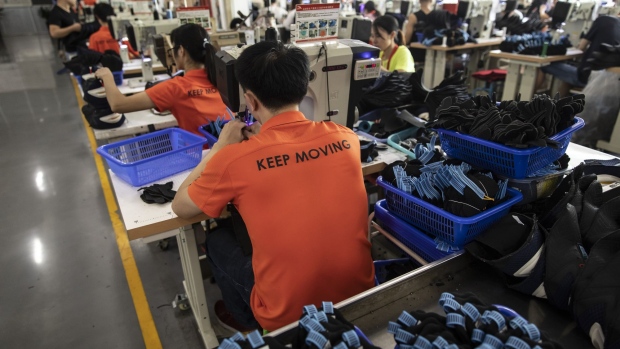 Chinese manufacturing activity rebounded strongly in March, signaling that the world’s second-largest economy is restarting just as it faces a growing threat from slumping external demand.

For manufacturing, the official purchasing managers’ index rose to 52.0 this month, according to data released by the National Bureau of Statistics on Tuesday. That’s up from a record low of 35.7 in February and above the 50 mark which signals improving conditions. The gauge covering services and construction was at 52.3.

While the rise indicates better sentiment at Chinese factories, output remains a long way from normal. The survey asks firms to state how business was compared to last month, so the data show that Chinese companies think things have improved from the sharpest contraction since at least 2005, when the series began. 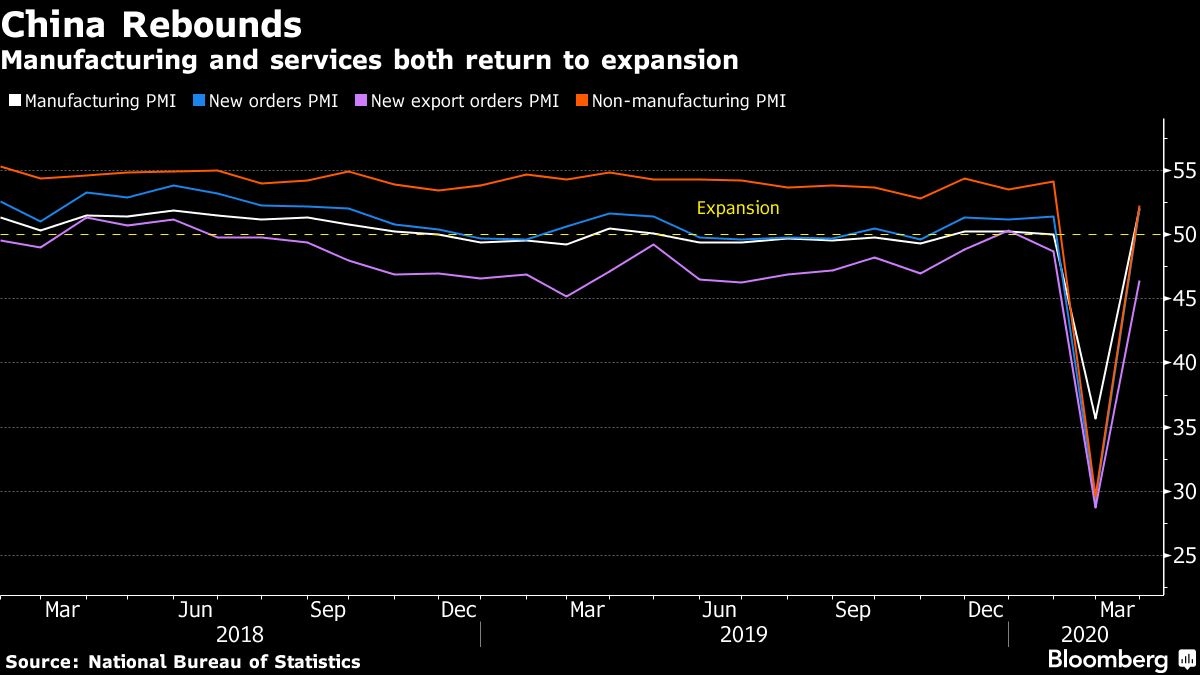 China is still expected to have an unprecedented economic contraction this quarter, something that would have been unthinkable before the viral outbreak. The outlook for the April-June period depends both on how quickly domestic demand can rebound now the virus is contained, and the strength of demand from overseas markets like the U.S. which are facing their own spikes in infections.

“The number above 50 doesn’t mean that economic activity is fully resumed,” Zhang Liqun, a researcher at China Logistics Information Center, which helps compile the data, said in a statement on its website. “We need to fully understand the unprecedented austerity and complexity, and should pay great attention to the virus shocks on production and demand.”

Chinese factories, which endured weeks of work suspensions in February after travel and trade stopped nationwide, are now facing canceled export orders as the pandemic hits the rest of the world.

“While manufacturing PMI rebounded rapidly in March, the survey showed companies still face relatively big operational pressures,” the NBS said in a statement, adding that more firms are reporting funding shortages and falling demand than in February. “The global virus spread will hit the world economy and trade seriously and bring new, severe challenges to the Chinese economy.”

Bloomberg Economics estimated that the back-to-work rate for the economy was around 90% at the end of last week, noting that “tertiary sectors and smaller companies are making further progress in getting back to business.”