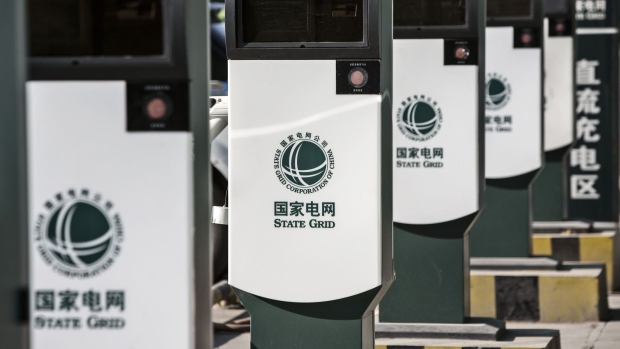 (Bloomberg) -- China’s key grid operator plans to have the world’s largest battery storage fleet by 2030, as the nation works to stabilize power supply with wind and solar adoption accelerating rapidly.

State Grid, which operates almost 90% of China’s power system, aims to have 100 gigawatts of electrochemical energy storage by the start of next decade, up from 3 gigawatts now, Chairman Xin Baoan said Wednesday in a commentary published in the state-owned People’s Daily.

The plan is ambitious compared to analyst expectations. BloombergNEF forecasts all of China to have about 96 gigawatts of battery storage by 2030, just behind the U.S. with a fleet of 99 gigawatts.

Under a five-year plan released this week, China is aiming to accelerate the commercialization and deployment of storage systems. The plan calls on suppliers to lower costs by about 30% by mid-decade.

State Grid will also aims to almost quadruple its pumped hydro storage capacity to 100 gigawatts by 2030, and to increase its cross-provincial power transmission capacity to support the massive buildout of solar and wind generation in China’s western desert areas, according to Xin.