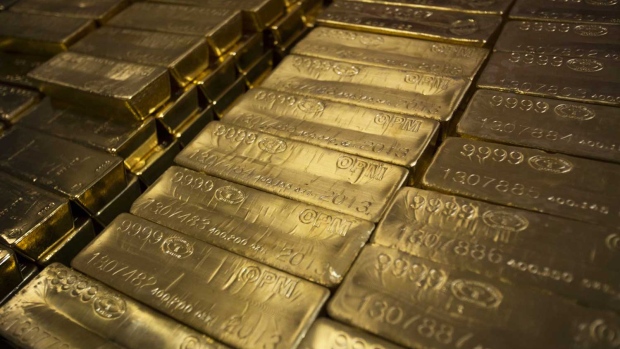 Gold bars, worth hundreds of thousands of dollars each, sit in a vault at the United States Mint at West Point in West Point, New York, U.S. , Photographer: Scott Eells

China has added almost 100 tons of gold to its reserves since it resumed buying in December, with the consistent run of accumulation coming amid a rally in prices and the drag of the trade war with Washington.

The People’s Bank of China raised bullion holdings to 62.45 million ounces in August from 62.26 million a month earlier, according to data on its website at the weekend. In tonnage terms, August’s inflow was 5.91 tons, following the addition of about 94 tons in the previous eight months. 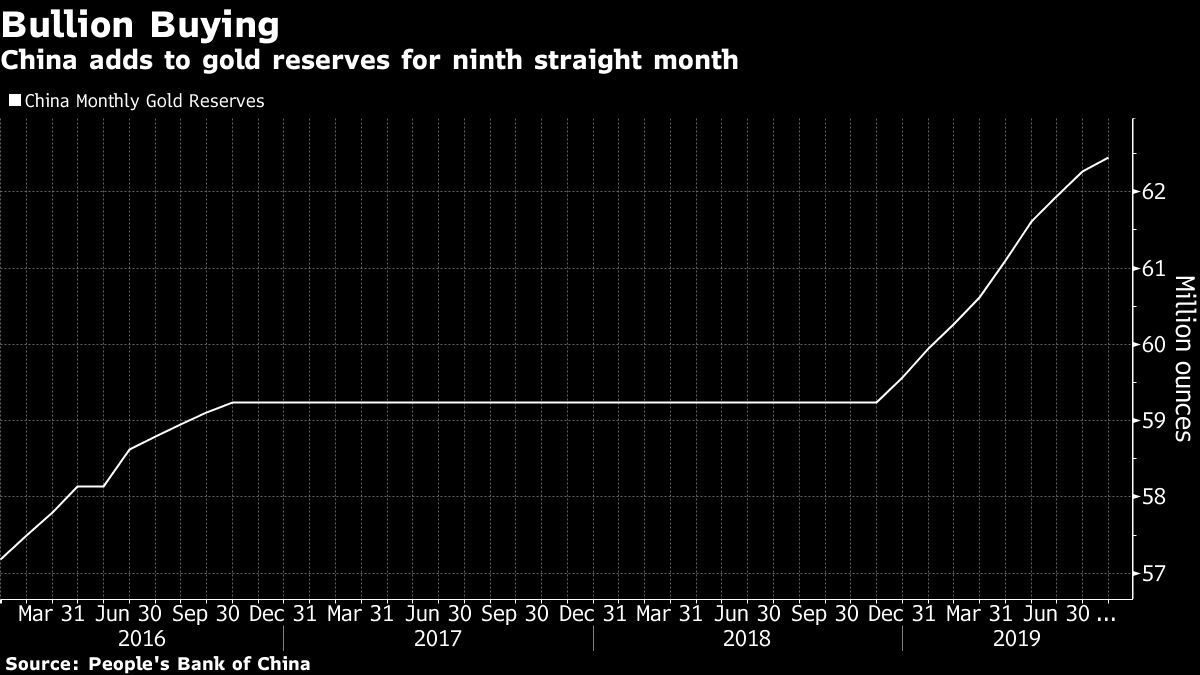 Bullion is near a six-year high as central banks including the Federal Reserve cut interest rates as signs of a slowdown mount amid the U.S.-China trade war. Central-bank purchases have been another key support for prices as authorities from China to Russia accumulate significant quantities of bullion to help diversify their reserves. That buying spree likely to persist in the coming years, according to Australia & New Zealand Banking Group Ltd.

Trade war restrictions, in the case of China, or sanctions, as with Russia, give “an incentive for these central banks to diversify,” John Sharma, an economist at National Australia Bank Ltd., said in an email. “Also, with increasing political and economic uncertainty prevailing, gold provides an ideal hedge, and will therefore be sought after by central banks globally.”

China has previously gone long periods without revealing increases in gold holdings. When the central bank announced a 57 per cent jump in reserves to 53.3 million ounces in mid-2015, it was the first update in six years.

Spot gold rose 0.2 per cent to US$1,510.27 an ounce on Monday. Prices, which capped a fourth straight monthly gains in August, have risen 18 per cent this year. Goldman Sachs Group Inc. and BNP Paribas SA are among banks that expect the metal to challenge US$1,600 an ounce within the coming months.