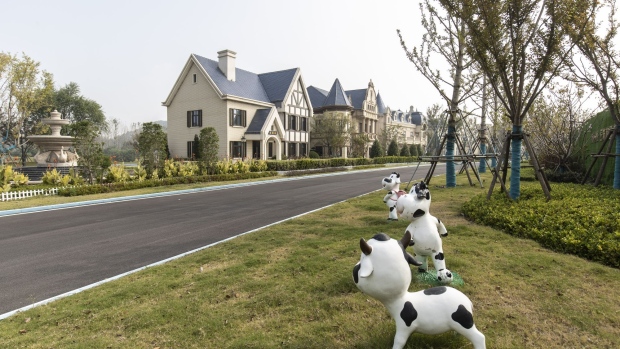 Authorities’ efforts to ease some restrictions on real estate funding have done little to boost the housing market, which is contending with an intensifying credit crunch and weakening demand from homebuyers.

The woes in December were particularly acute in property investment, which shrank 17% from November and 14% from a year earlier. Such spending directly contributed 13% of gross domestic product last year.

Home sales by value declined 19.6% from a year earlier, a sixth consecutive monthly drop, a signal that investors shouldn’t be cheered by figures released Saturday that showed a narrowing decline in new-home prices.

Real estate financing received by developers plunged 19.3% in December from a year earlier, the sharpest decline in more than seven years, the calculations showed. That month, regulators called on banks to boost real estate lending in the first quarter, Bloomberg reported earlier.