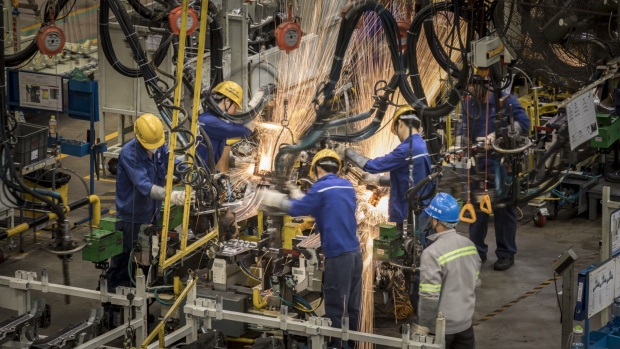 Industrial output rose 4.8 per cent in July from a year earlier, the same as in June, but lower than economists’ expectations. Overall retail sales fell 1.1 per cent, compared to a projected 0.1 per cent increase. 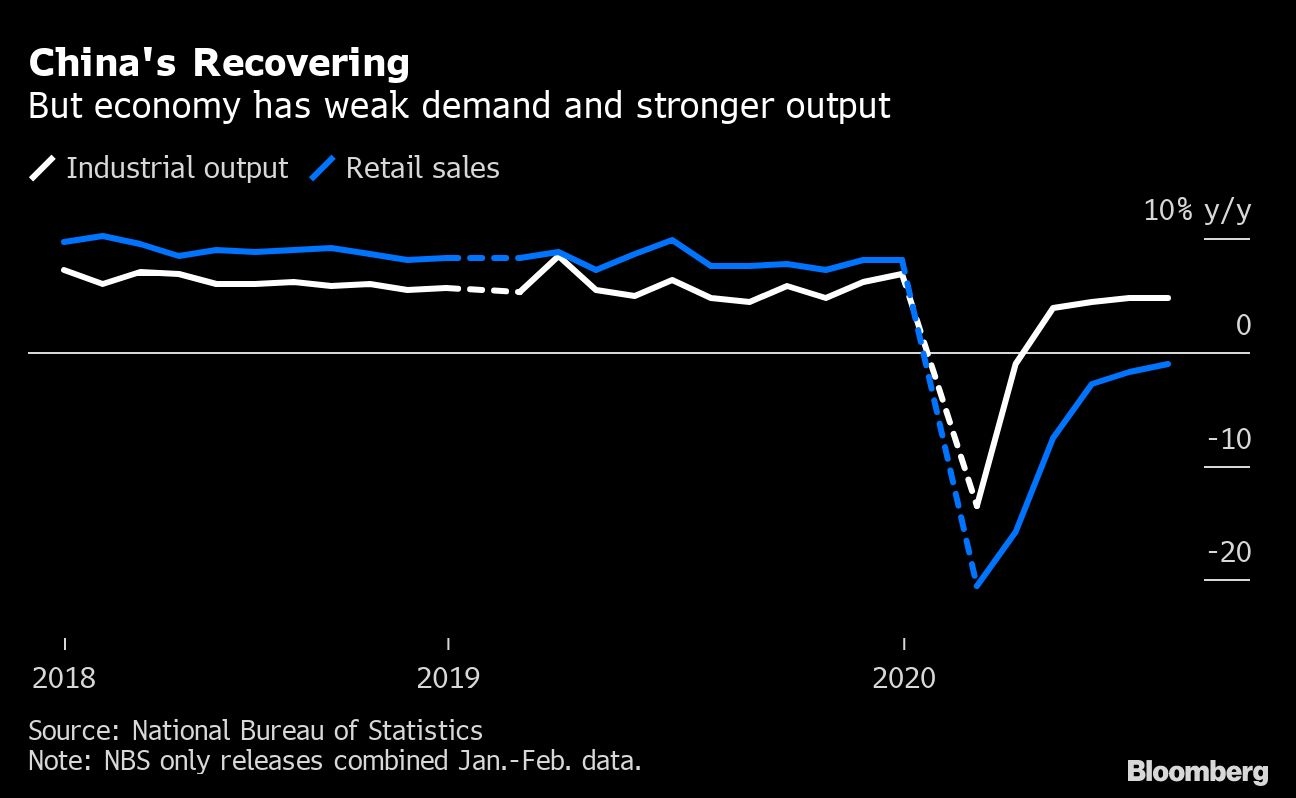 The July data show that China’s recovery is still uneven, with consumption unable to keep up with the rebound in industrial output. For a sustainable return to trend growth, China will need a strong rebound in private consumption as rising tensions with the U.S. and the possibility of a resurgent coronavirus both pose risks to the surprisingly strong external demand so far this year.

“Clearly the hope for a fast recovery has faded -- the consumption still lags behind and the job market is still under pressure,” said Zhou Hao, a senior Emerging Markets economist at Commerzbank AG in Singapore. With policy makers emphasizing risk control and rolling back some stimulus, “growth momentum will be slowing down in near future,” he said.

China stock and currency markets showed little reaction to the data. The CSI 300 benchmark index was up 0.2 per cent in morning trading, while the offshore yuan was little changed. The U.S. and China are expected to discuss implementation of their phase one trade deal in the coming days.

Also Friday, the People’s Bank of China added the most short-term funds into the financial system since May, in a move to reduce risks of a cash squeeze amid large government bond issuance and maturity of interbank funding.

The government has recently touted the so-called “dual circulation” development model, in which a more self-reliant domestic economy serves as the main growth driver. However, there’s been no announcement of how the government would implement this policy, or what it would do to stimulate domestic demand. 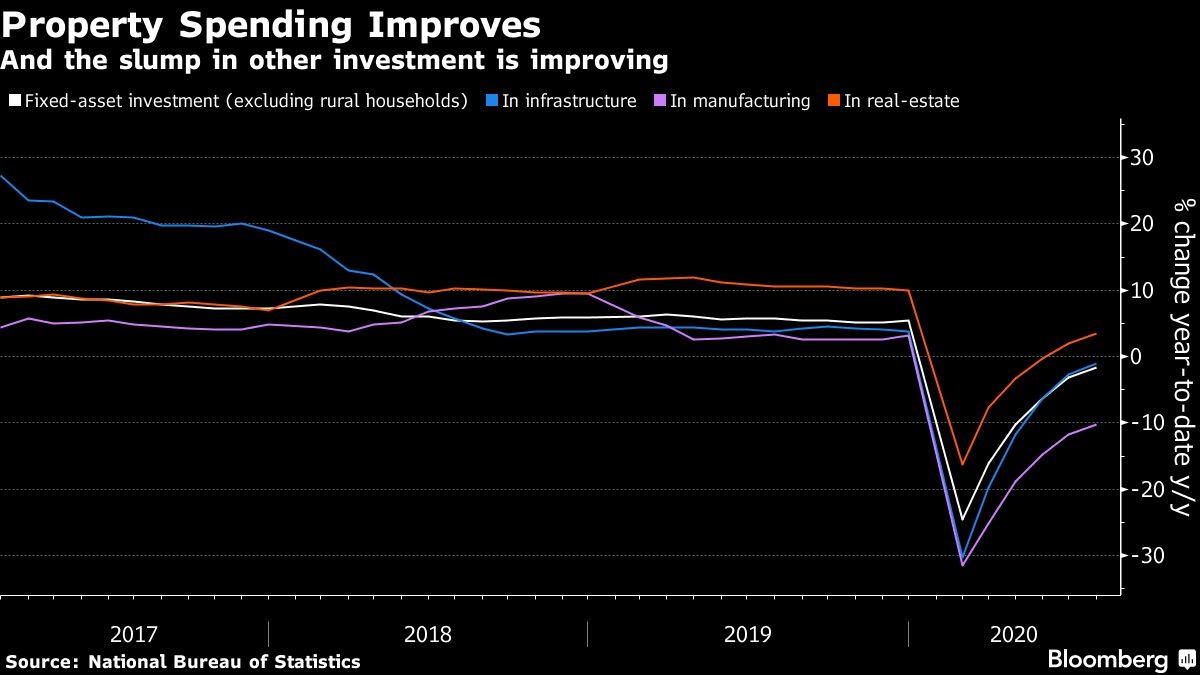 The slowing pace of industrial output growth and the continued fall in retail sales suggests that weak demand is holding back further recovery.

The “weaker-than-expected data has increased the odds of a rate cut by the People’s Bank of China in the coming months, even though the central bank has lately sent signals on policy normalization.”

The surveyed unemployment rate remained steady at 5.7 per cent, but the gauge doesn’t cover the whole labour market. The unemployment rate of migrant workers had fallen from a peak in April, but there were about 5 million fewer such workers at the end of June compared to the same period in 2019.

The pickup in recent months hasn’t been large enough to totally erase the damage from the virus outbreak. Output and retail sales in the first seven months of this year were both still below where they were the same time last year, while fixed-asset investment was 1.6 per cent lower in the period.

“The recovery pace has slowed and it will take a longer time for growth to get back to the potential level,” said Xing Zhaopeng, an economist at Australia and New Zealand Banking Group Ltd in Shanghai. The imbalance between sectors can’t be fixed with aggregate stimulus, he said, adding that targeted stimulus policies should come in the second half of the year.

--With assistance from Tomoko Sato, Lin Zhu and Yinan Zhao.