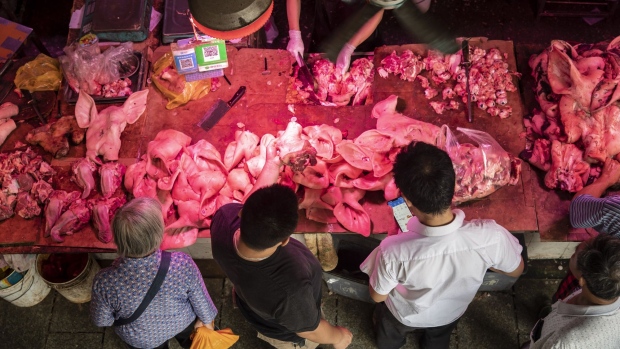 A customer picks out a pig ear at a pork stall inside the Dancun Market in Nanning, Guangxi province, China, on Tuesday, Sept. 17, 2019. A protracted U.S. trade war, protests in Hong Kong, soaring food prices and the slowest economic growth in decades are among the many problems facing Chinese President Xi Jinping as he prepares to celebrate 70 years of Communist Party rule. , Bloomberg

(Bloomberg) -- China’s consumer inflation rose to a seven-year high last month on the back of rising pork prices.

To contact the editors responsible for this story: Jeffrey Black at jblack25@bloomberg.net, James Mayger, Stanley James