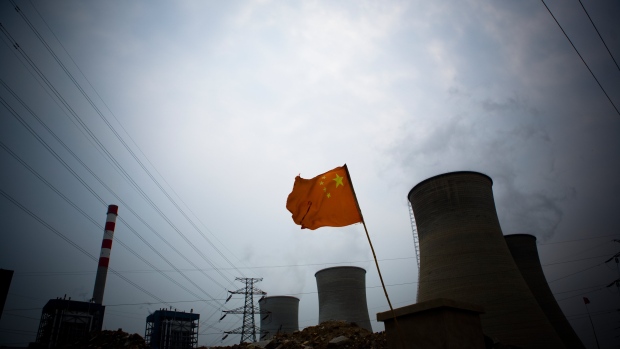 (Bloomberg) -- China completed construction of its largest carbon capture and storage plant as the country continues to develop technologies necessary to meeting its climate goals.

China Energy Investment Corp. finished production of the plant Jan. 21 at its Guohua Jinjie coal power station in Shaanxi province. It’s currently in its debugging phase, and once put into operation will be able to prevent 150,000 tons of carbon dioxide emissions a year at a 90% capture rate, according to the China Electricity Council.

Even as China increases non-fossil fuel power sources and plans a long-term shift away from coal, carbon capture is seen as vital to removing greenhouse gas emissions from energy-intensive industrial processes that are difficult to electrify. The technology will need to play a “major role” to create a net-zero energy system, according to the International Energy Agency.

The process, known as CCS, can take several forms, with carbon dioxide being captured from natural gas streams, fuel-burning exhaust or even directly from the atmosphere, and stored in underground caverns or compressed into liquids and solids.

While seen as a climate game-changer, it’s been slow to gain traction around the world as key projects have been hit by technical issues and cost overruns. Currently only about 40 million tons of carbon dioxide is captured from power and industrial facilities each year, according to the IEA.

While this project is China’s largest to date, it still pales in comparison to the overall challenge the country faces as it tries to become carbon-neutral by 2060. The 150,000 tons represents about 0.002% of China’s total emissions from burning fuel, according to data from BP Plc.

The plant is about the same size as a carbon capture facility that Mitsubishi Heavy Industries Ltd. and others built at an Alabama power station in 2011.