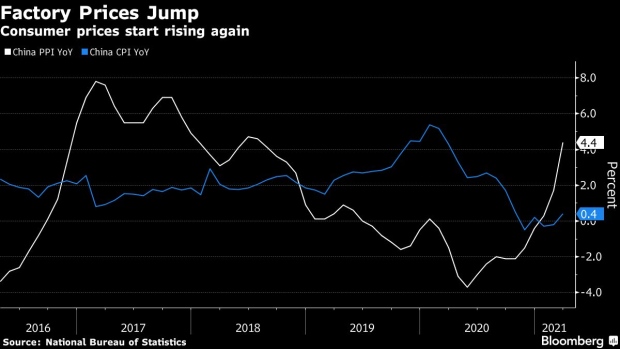 (Bloomberg) -- China’s producer prices climbed the most since July 2018 as commodity costs surged and the economy’s recovery strengthened. Consumer prices gained for the first time in three months.