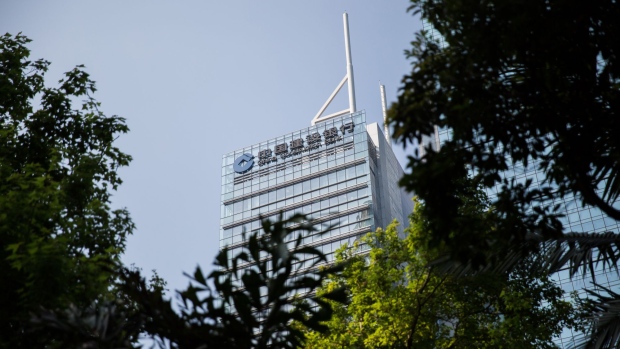 (Bloomberg) -- China’s largest state-owned banks trimmed their profit declines in the third quarter after the nation’s economy bounced back and the government eased pressure on its $45 trillion banking system.

Net income fell 1.6% at Bank of China Ltd. to 44.8 billion yuan in the period, 4.6% at Agricultural Bank of China Ltd., and about 7% at Bank of Communications Co., according to their exchange filings on Friday. Together with China Construction Bank Corp., they all reported significantly smaller earnings declines than in the prior quarter.

Chinese banks suffered their worst profit slump in more than a decade in the first half after being put on the front-line in helping millions of struggling businesses hurt by the pandemic. With the virus now contained in China and the economy staging a rebound, lenders are being allowed to shift to more prudent loan growth and risk management to beef up financial strength after bad debts ballooned.

“We expect faster and more thorough balance sheet repair this time around” after Chinese banks radically cleaned up risk assets, China International Capital Corp. analysts led by Zhang Shuaishuai wrote in a note this week. Banking shares traded in Shanghai and Hong Kong will have more than 60% upside potential, “driven by earnings turnaround,” they said.

Banking stocks have rebounded almost 10% this month on better-than-expected outlook. Their valuation remains cheap after the rally, with the four biggest banks trading at about 0.46 times their forecast book value.

That helped the Asian economy to stage a 4.9% expansion in the third quarter as exports rise and production revives. Yet the growth is uneven as consumer spending remains weaker than last year and smaller firms are struggling with a lack of demand.

The China Banking and Insurance Regulatory Commission has given major lenders discretion to report earnings declines of about 10%, or less, in the second half, compared with over 20% reported by the industry in the second quarter, people familiar with the matter said last month. The relaxation of a June directive to rein in profits comes as lenders face ballooning bad debt and eroding capital levels.

Citigroup Inc. said most banks have probably already taken the brunt of the bad loan surge while Jefferies analysts expect banks’ profit to decline 5% to 10% in the second half after bottoming out.