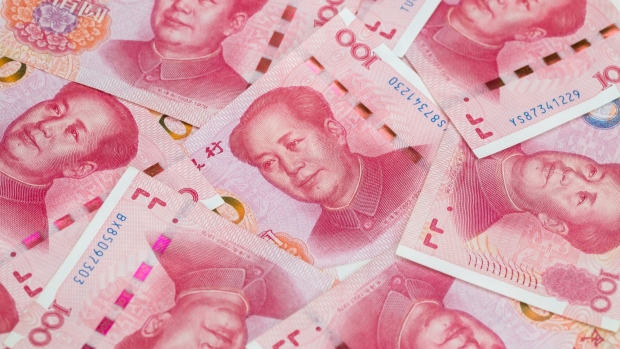 As China moves closer to rolling out the world’s first major sovereign digital currency, speculation over the global implications has reached a fever pitch.

Yet talk to people who’ve actually used the digital yuan in China, and you’re more likely to get a different response: shrugs of indifference.

In Shenzhen, the high-tech metropolis that just extended China’s largest digital yuan trial, participants interviewed by Bloomberg showed little interest in switching from mobile payment systems run by Ant Group Co. and Tencent Holdings Ltd. that have already replaced cash in much of the country. Some balked at the possibility a digital yuan might give authorities easier access to real-time data on their financial lives.

“I’m not at all excited,” said Patricia Chen, a 36-year-old who works in the telecom industry and was one of the more than 500,000 people in Shenzhen eligible to take part in the trial. 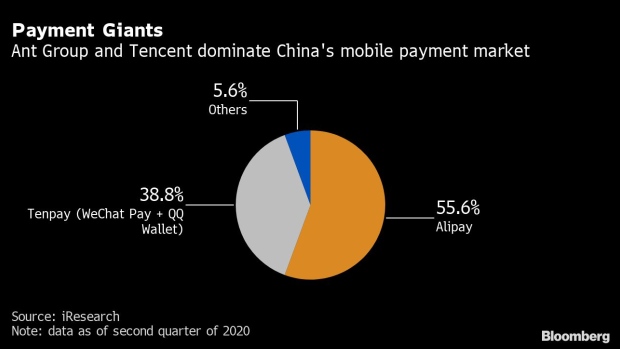 While none of the seven participants who spoke to Bloomberg professed insight into the digital yuan’s future role in global foreign exchange markets, their lukewarm response underscores the challenge facing President Xi Jinping’s government as it lays the groundwork for adoption at home and abroad.

Even if authorities ultimately convince -- or compel -- citizens to embrace the digital yuan, it’s far from clear they can do the same with international consumers and businesses already wary of China’s capital controls, Communist Party-dominated legal system and state surveillance apparatus.

Those are just some of the concerns that have capped the yuan’s share of global payments at around 3  per cent, well below levels commensurate with China’s contribution to world trade and economic output. A digital version of the currency is unlikely to boost its share by much more than 1 percentage point, according to Zennon Kapron, managing director of Singapore-based consulting firm Kapronasia.

“The global impact will be very small” barring structural changes to China’s economy and financial system, said Kapron, author of “Chomping at the Bitcoin: The Past, Present and Future of Bitcoin in China.”

Many China watchers suspect Xi has high hopes for international use of the digital yuan as he tries to lessen his country’s reliance on the U.S.-led global financial system. But so far at least, Chinese policy makers have given mixed signals about their ambitions in public.

Zhu Jun, head of the central bank’s international department, said in an article last month that China faces an “important window” to promote global use of yuan as U.S.-China decoupling threatens to spread to finance from trade, technology and investment. She said China “should take advantage of the early progress” in the digital yuan’s development to explore potential areas for internationalization.

Meanwhile, People’s Bank of China Deputy Governor Li Bo told the Boao forum last month that the digital yuan, also known as the e-CNY, is aimed at domestic use and isn’t meant to replace the dollar.

The project was started in 2014 by then-PBOC chief Zhou Xiaochuan, a longtime proponent of creating a new international reserve currency as an alternate to the dollar. Zhou saw the e-CNY as one way to fend off potential threats from digital currencies like Bitcoin or Facebook’s Diem (formerly called Libra). Chinese regulators, who banned cryptocurrency exchanges in 2017, have also said the digital yuan will help combat money laundering and increase financial inclusion.

Other use cases are more controversial. The reams of data produced by digital yuan transactions could give China’s central bank valuable real-time insights into the world’s second-largest economy; they might also be used by security services to monitor political dissidents or international businesses that compete with state-owned Chinese enterprises.

A programmable version of the currency allowing for expiration dates on stimulus payments could encourage spending during economic downturns -- or enable regulators to instantly turn off the e-wallet of anyone who runs afoul of Beijing. While global adoption of e-CNY could make cross-border payments cheaper and faster, it might also help the Communist Party weaken the impact of international sanctions. The PBOC has so far offered few details about how the e-CNY might be used overseas, other than to say it’s conducting cross-border tests with Hong Kong’s de-facto central bank.

The domestic trial that began in Shenzhen last month was by far China’s most ambitious to date. Participants who downloaded the government’s e-wallet app on their phones and linked it to their bank accounts could transfer as much as 10,000 yuan (US$1,548) into e-CNY at a one-for-one rate. Similar to Ant’s Alipay and Tencent’s WeChat Pay, transfers using digital yuan take place almost instantly via QR code. They can also be conducted with near-field communication technology in the absence of an internet connection.

Using the digital yuan was easy enough for Vera Lin, a 25-year-old who works at a financial company in Shenzhen. At the same time, she said, incentives for making a permanent shift to e-CNY are lacking given China’s existing digital payment options are reliable and work seamlessly with other app-based services from social media to e-commerce platforms.

Even discounts of as much as 10  per cent from merchants participating in the digital yuan trial weren’t enough to win Lin over. Platforms operated by companies like Ant routinely offer discounts on everything from ride-hailing services to grocery delivery.

Privacy concerns were among the turnoffs for Jan Chen, a 33-year-old civil servant. It’s “a little scary” that authorities might be able to trace every payment, she said. In a country where compliance with tax laws is often patchy, some merchants may also be wary of their transactions flowing directly into a government database.

The PBOC has tried to quell those concerns by making the digital yuan free to use for merchants –- which currently pay service fees of around 0.6  per cent for transactions on Alipay and WePay -- and by pledging that most payments will remain anonymous.

The central bank won’t directly know the identity of users, though the government would be able to get that information from financial institutions in cases of suspected illegal activity, Mu Changchun, director of the central bank’s Digital Currency Research Institute, said in March.

If the digital yuan fails to gain traction over the long term, China’s government might turn to coercion, according to Kapron. It has already started taking steps to assert more control over the data gathered by financial and tech companies including Ant and Tencent. “At the end of the day, I think it’s going to have to be the government saying: ‘You have to use this,’” Kapron said.

Even if policy makers don’t go that far, they may ask merchants and Internet platform operators to add the digital yuan to their suite of payment options, according to Francis Chan, a senior analyst with Bloomberg Intelligence. Ant-backed MYbank was listed as an option on the e-CNY app as of Monday, though it was unclear if users could link their Alipay wallets. Tencent-backed WeBank was also listed as an option but was grayed out and unavailable.

Chan and fellow BI analyst Sharnie Wong predict the digital yuan will be in use nationwide before the Beijing Olympics in 2022 and comprise 9  per cent of China’s domestic digital payments by 2025. That’s no small change, but still a long way from challenging the dominance of Alipay and WePay, which are estimated to have a combined market share of more than 90  per cent.

Persuading the world to embrace the digital yuan will be even harder. “The e-CNY addresses just one layer of it, the payment infrastructure part,” said Michael Ho, principal of financial services at Oliver Wyman. “But just tacking on this one layer will not solve the entire puzzle.”

--With assistance from Zheping Huang.