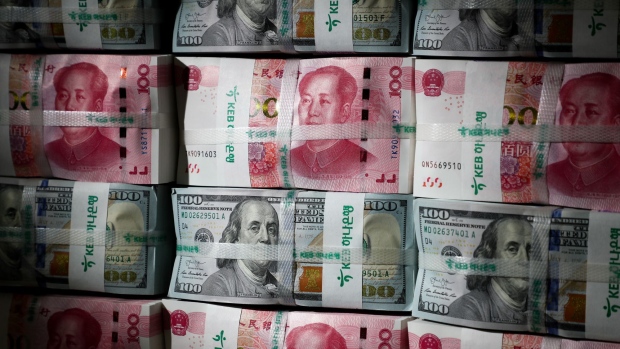 (Bloomberg) -- Defaults in China’s dollar bond market are accelerating amid the economic fallout from the coronavirus.

Hilong Holding Ltd., an oil equipment and services company, became the latest to default on Monday when it failed to repay a $165 million dollar bond. The company had sought to swap the debt with new debt, but failed to get sufficient investor support.

That payment failure brings the value of defaults in China’s offshore market to $4 billion this year, up 150% from a year earlier, according to data compiled by Bloomberg. Defaults onshore have slowed this year as the government seeks to avoid aggravating the economic slowdown.

Hilong said investors representing about 63.45% of the principal amount of the bond which comes due Monday accepted the exchange offer, according to a filing to the Hong Kong Stock Exchange. That’s short of the required minimum acceptance rate of 80%.

Hilong joins a growing list of distressed borrowers from the battered oil industry in Asia and its latest default marks an accelerating pace of repayment failures in China’s offshore bond market due to the pandemic-induced economic slowdown.

Concern had been growing that the company would fail to win sufficient support for its offer to swap new bonds for old ones. The 2022 dollar bond fell to record low of 30 cents on the dollar last week, while its shares plunged 30% over the past five days. The stock was down 7.1% at 11.29 a.m. local time. Trading of the 2022 bond on the Hong Kong stock exchange was suspended from 9 a.m.

The Shanghai-based company is assessing the impact of the default on its other indebtedness and has extended the deadline of the exchange offer for a fourth time, until June 29, according to Hilong’s filing.

Hilong is the latest borrower from Asia’s struggling oil sector to show signs of stress, after Hong Kong-listed oil explorer MIE Holdings Corp. defaulted on a dollar note in early May and an oil refiner from the eastern Shandong province missed a principal installment of a $1 billion loan earlier this month.

During an investor call in late May, the company acknowledged it faces regulatory hurdles to transfer its onshore funds abroad. It also said that it is in talks to bring in strategic investors but admitted such efforts may take a few months to complete.