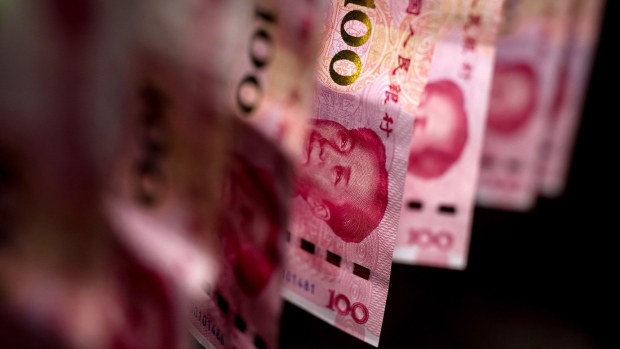 (Bloomberg) -- China’s multi-year clampdown on its peer-to-peer lending industry has whittled the number to just 29 platforms, down from about 6,000 at its peak, according to the nation’s top banking regulator.

The crackdown, which is likely to be completed at the end of this year, has left investors with more than 800 billion yuan ($115 billion) in unpaid debt from failed platforms, Guo Shuqing, chairman of the China Banking Regulatory Commission, said on China Central Television on Friday. Regulators, together with the police, will try their best to recoup the money, he said.

China in 2018 intensified efforts to purge an industry that once had more than $150 billion of loans outstanding and upwards of 50 million investors, but was plagued by fraud and defaults. Even the biggest players such as Lufax and Dianrong.com aren’t being spared after the sector came in for special scrutiny under President Xi Jinping’s crackdown on financial risk.

Marketed as an innovative way to match savers with small borrowers, P2P platforms have had a rocky run globally. In China, the platforms had comprised one of the riskiest and least regulated slices of the shadow banking system. The lack of oversight has allowed for world-beating growth, with outstanding P2P loans ballooning from almost nothing in 2012 to 1.22 trillion yuan in December 2017 from almost 6,600 platforms, according to Shanghai-based research firm WDZJ.

The purge has so far been deeper than predicted. Citigroup Inc. analyst in 2018 estimated the nation would be left with about 50 platforms.