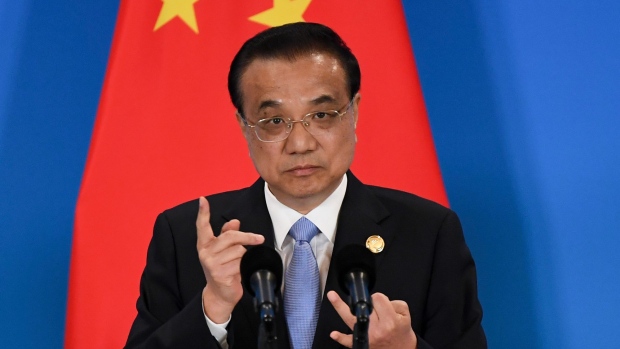 The nation will implement the G-20’s Debt Service Suspension Initiative in all respects, Li said in a meeting Thursday with IMF Managing Director Kristalina Georgieva, according to a release from the Ministry of Foreign Affairs. China will strengthen policy coordination with all parties, including the crisis lender, to tackle global challenges such as debt, he said.

As the world’s biggest sovereign lender to developing countries, China has come under criticism for its perceived lack of participation in a global effort to lessen developing nations’ debt burdens, with US Treasury Secretary Janet Yellen saying on multiple occasions that Beijing has become the biggest obstacle to progress.

Both Georgieva and World Bank President David Malpass have long sounded the alarm about record global debt levels, particularly as monetary authorities have had to raise interest rates to quell accelerating inflation.

At least 15 of the 72 emerging markets in a Bloomberg index now have dollar debt trading at distressed levels, while one estimate shows developing nations may need to find as much as $2.5 trillion over five years to meet external debt-service costs.

US Treasury Secretary Janet Yellen has raised concerns over China’s contributions to debt relief to Vice Premier Liu He but hasn’t seen much progress, she told reporters on Thursday. “I am hopeful that they will come to understand the necessity of relieving debt, restructuring debt when it’s unsustainable, and work with us,” said Yellen, adding that it could be a topic for future meetings, although she no specific plans to visit China now.

The G-20 set up the DSSI in May 2020 to allow some low-income countries to suspend debt-service payments after the pandemic dealt a heavy blow to their economies. China agreed to suspend repayment schedules for some nations under the initiative, which expired at the end of last year.

In November 2020, the G-20 also set up a so-called Common Framework that brought together creditors such as China to provide debt relief to countries on a case-by-case basis.

The initiative has faced criticism on the grounds that its processes are too protracted, and Chad is the only one of three nations to take part that have struck deals with creditors. That might deter applications from other low-income countries that are unable to service their loans.

(Updates with US Treasury Secretary Yellen’s comment in seventh paragraph.)