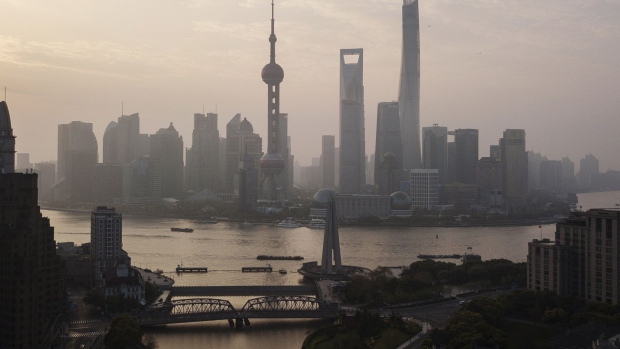 Zhong Shanshan, whose schooling was interrupted during China’s cultural revolution, worked in construction, as a reporter and in the bottled-water business. Today, he’s worth US$17 billion after his drug company went public in April and the shares surged 26-fold.

Known as Lone Wolf by the Chinese media, Zhong, 65, has a made-for-movie story, but it’s far from unique in China.

At least 24 people have become billionaires this year through June from the country’s raging market for initial public offerings, including former teachers, accountants and software developers, according to data compiled by the Bloomberg Billionaires Index.

Selling shares to the public has long been a lucrative channel for company owners in China to grow their fortunes, but 2020 should have been different after the coronavirus pandemic shut down large parts of the economy and slowed growth.

Instead, buoyed by an army of retail investors looking for quick returns, the stock-market euphoria has been more apparent in the Asian nation than anyplace else in the world, with the benchmark index recovering from the virus-fueled crash and becoming one of the best performers.

The 118 companies that went public in Shanghai and Shenzhen this year raised about US$20 billion through June, more than double the amount in the first half of 2019, data compiled by Bloomberg show. Shanghai has become the world’s No. 1 listing venue, beating New York and Hong Kong.

“Covid-19 has had insignificant impact on IPO activities in mainland China,” said Terence Ho, head of Greater China IPOs at EY. “Shares of new IPOs in China usually surge on the debut day. This develops a pool of investors with a strong appetite.”

On China’s main stock venues, new listings often jump by the 44 per cent limit on their first day of trading. Shanghai’s Star Board, which just celebrated its first anniversary, has no caps on how much shares can move on their debut.

The outsized returns and demand from retail investors have sparked concerns that the market is in a bubble. China’s state media said in an editorial this month that fostering a “healthy” bull market is now more important to the nation’s economy than ever.

The latest 2020 batch of Chinese IPO billionaires had a combined wealth of US$70 billion as of mid-July, according to the Bloomberg index. Most are from the health-care and tech industries, some of the sectors that have done the best during the pandemic.

“We are expecting companies from industries not impacted by the coronavirus will keep on dominating the IPO pipeline to next year -- for example, tech ecosystem, health-care and online education,” said John Lee, vice chairman and head of Greater China at UBS Global Banking.

Chinese entrepreneurs became the world’s second-largest billionaire group in 2018, overtaking Russia, with their wealth more than tripling in five years to US$982.4 billion, according to a UBS Group AG report in November. The bank’s analysis from the previous year showed that the most-populous nation minted two new billionaires each week from both the public and private sectors in 2017.

The number of Chinese billionaires among the world’s 500 richest has more than doubled to 67 since the beginning of 2017, with their combined net worth tripling to US$840 billion, according to the Bloomberg index. 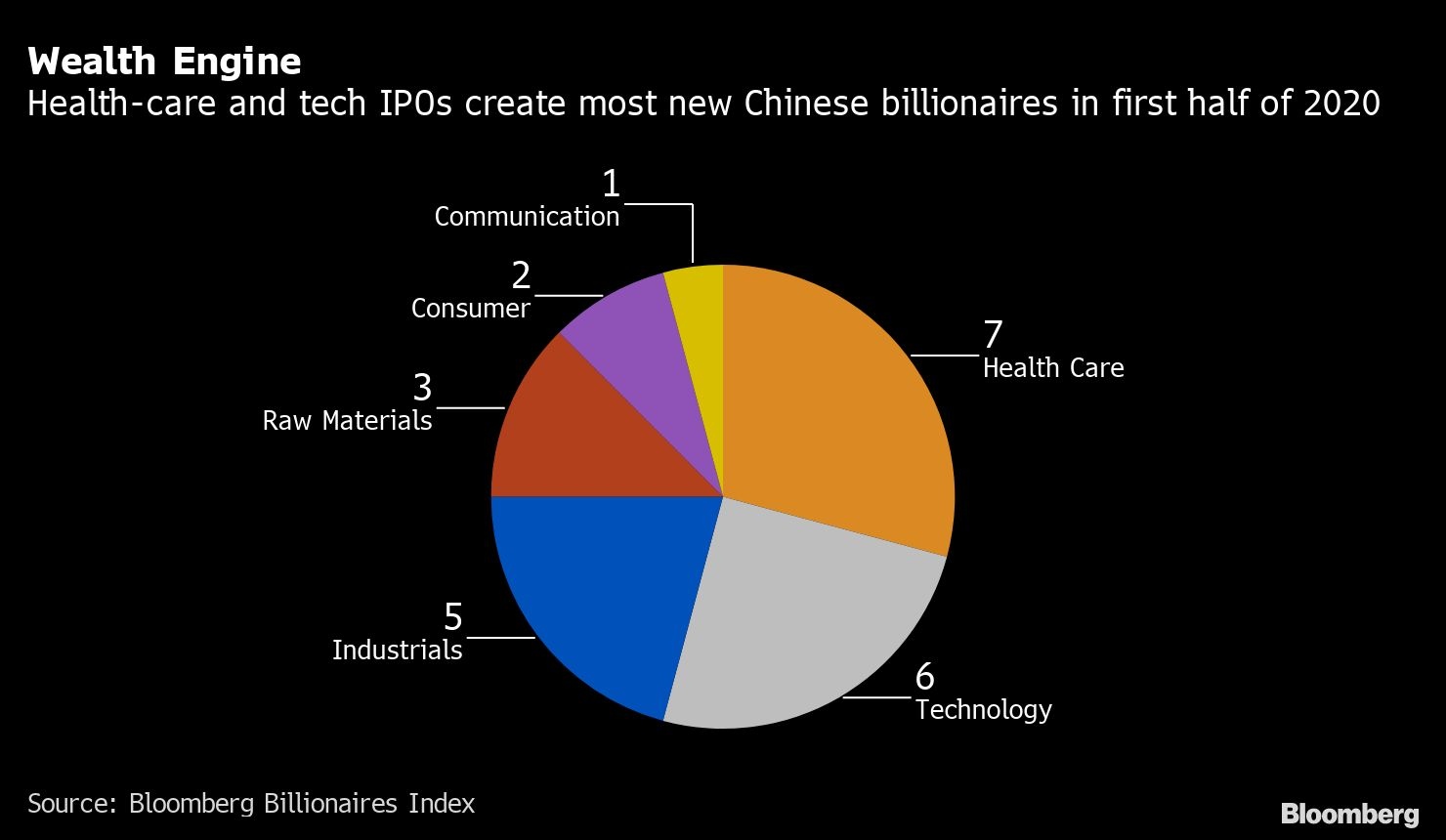 For Zhong, the journey to riches began in the late 1980s, when he quit his reporter job to start a bottled-water business in Hainan, an island province in the south of China.

In 1996, he founded Nongfu Spring Co., a beverage company now seeking a US$1 billion offering in Hong Kong. He acquired a majority stake in 2001 in the pharmaceutical business of Beijing Wantai Biological Pharmacy Enterprise Co., the company that went public in April, regulatory filings show.

Zhong is known for his targeted business strategies and ability to compete in challenging environments. He likes to be involved in the whole production process -- from product design to name selection -- and spent eight years studying how to best plant an orange tree to perfect the fruit’s drink, according to a 2015 interview in the Chinese media.

Like Zhong, Gan Zhongru, a former Peking University teacher and senior researcher at Merck & Co., has benefited from the popularity of health-care related stocks this year.

After debuting in Shanghai last month, his Gan & Lee Pharmaceuticals Co. jumped more than threefold, and his net worth as of mid-July was US$6.1 billion. Goldman Sachs Group Inc. and Hillhouse Capital Management were early investors in the company, according to the IPO prospectus.

Wantai, Gan & Lee and the other companies that produced the 24 new Chinese billionaires declined to comment.

“A successful IPO is a process for both adding value to company stakes as people tend to give premium to liquid assets and releasing the hidden wealth of billionaires,” EY’s Ho said

China has been boosting efforts to open its capital markets and make it easier to trade stocks, including measures to speed IPOs. On Shanghai’s Star board market, companies take an average of 288 days to go public, compared with 754 days on other venues at Chinese exchanges, according to EY.

That’s likely to keep the list of billionaires expanding, even amid concerns that the stock market is overheating.

“We expect the wealth of billionaires in China to continue growing,” said Marcel Tschanz, partner and head of wealth-management consulting at PwC Switzerland. “The key elements driving billionaires growth are the continuous disruption of business models and a large domestic market.”