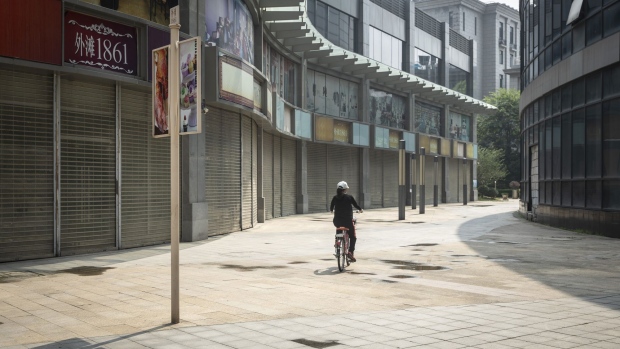 A cyclist rides past closed stores on a deserted street in Wuhan, China, on Friday, May 1, 2020. , Bloomberg

The fragile recovery in China’s economy is pointing to a long road back for the rest of the world too.

A string of top-tier data all showed that China’s factory output, consumer spending and investment continued to improve in May, but there are few signs of a broad based rebound needed to spur a V-shaped recovery.

The worry for the global economy is that if China’s apparent success in containing the coronavirus can’t stoke confidence and a quick return to normal activity, then where can.

Those concerns will be compounded by news of an outbreak of virus cases in Beijing that has raised fears of a resurgence of the pandemic.

“China’s experience so far suggests that it will be a hard road back for the global economy,” said Shaun Roache, Asia-Pacific chief economist at S&P Global Ratings, who notes that confidence among Chinese consumers and privately-owned firms remains low. “We still expect a rebound in the second half, but expectations for a surge in pent-up demand may be disappointed.”

Bright spots in China include new house prices, which rose at the fastest pace in seven months in May as the coronavirus shutdowns were unwound. Other key metrics also show improvement.

Persistent weakness in China’s private sector investment and the clear wariness among consumers reflects both weak domestic conditions and the absence of robust global appetite for Chinese-made goods.

Policy makers in Beijing continued their cautious support. The People’s Bank of China supplied banks with 200 billion yuan (US$28 billion) in fresh liquidity Monday while letting some previous loans expire, leaving the financial system needing further injections if a looming cash crunch is to be avoided. 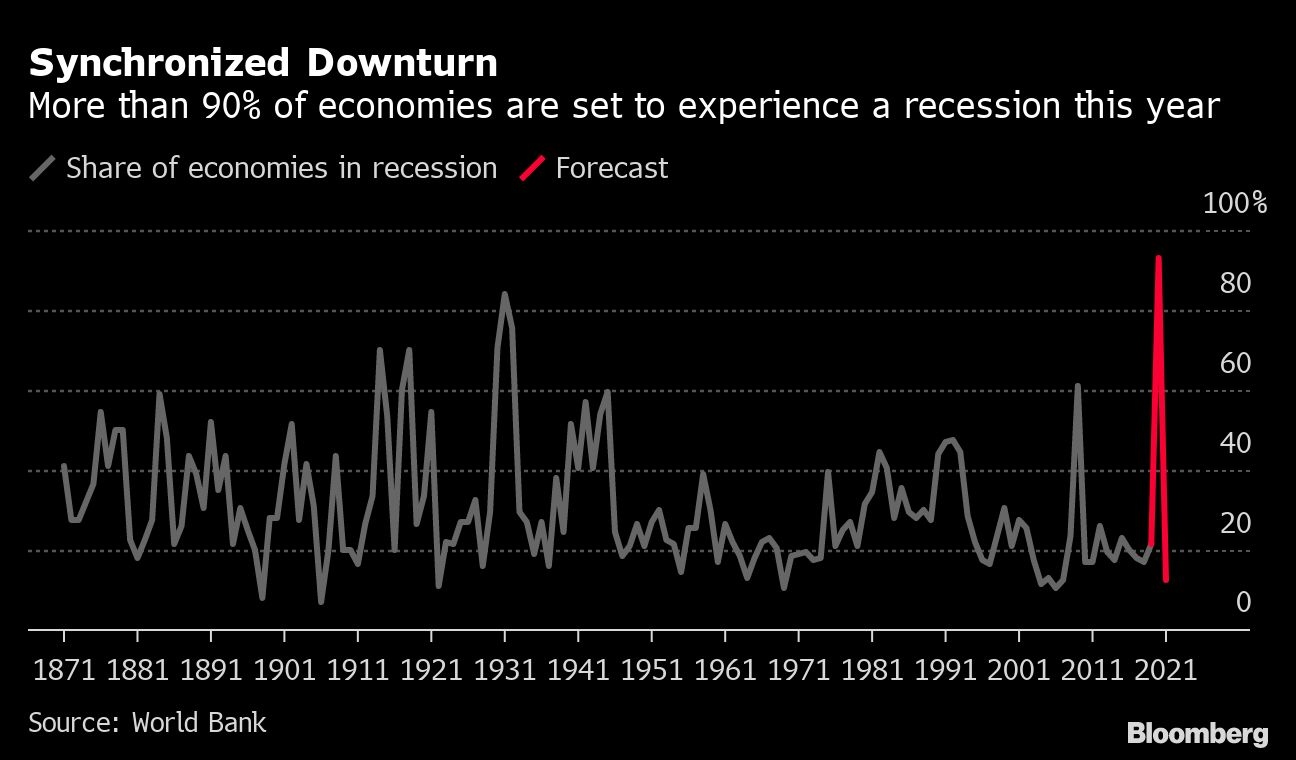 “China’s official survey showed that China’s big companies are yet to return to full capacity four months after the government started to lift social distancing restrictions. The challenges are likely to be greater for smaller firms. The constraints are driven by the demand side, both weak domestic consumption and external demand.”

The latest read on China comes amid mixed views on how the global recovery is playing out. White House economic director Larry Kudlow on Sunday told CNN there’s a “very good chance” for a V-shaped rebound in the U.S., only days after Federal Reserve Chairman Jerome Powell cautioned the recovery will take time.

Morgan Stanley economists said the global economy is in a new expansion cycle and output will return to pre-coronavirus crisis levels by the fourth quarter as they predict a “sharp but short” recession.

“We have greater confidence in our call for a V-shaped recovery, given recent upside surprises in growth data and policy action,” economists led by Chetan Ahya wrote in a mid-year outlook research note.

The International Monetary Fund warned last week that the global economy is recovering more slowly than expected and there remains “profound uncertainty” around the outlook. The OECD forecast a global slump of 6% this year, providing the virus is contained.

Economists at JPMorgan Chase & Co. led by Bruce Kasman highlighted a risk that surging debt and deficits may force governments to wind back their massive fiscal stimulus.

“This turn in fiscal policy, together with the limited steps expected from central banks, is an important factor underlying our forecast for an incomplete recovery through 2021,” JPMorgan economists said in a note.

Much will depend on how the virus plays out. Chinese officials are racing to control a new outbreak in Beijing that reached nearly 100 infections over the weekend after starting in a wholesale food market, providing the biggest test of the country’s coronavirus containment strategy since the virus first emerged in Wuhan.

“May data showed further improvement, although the magnitude may not be as strong as we and the market were expecting,” said Helen Qiao, chief Greater China economist at Bank of America. “The virus outbreak in Beijing highlights the lingering risks of economic activities being affected again.”