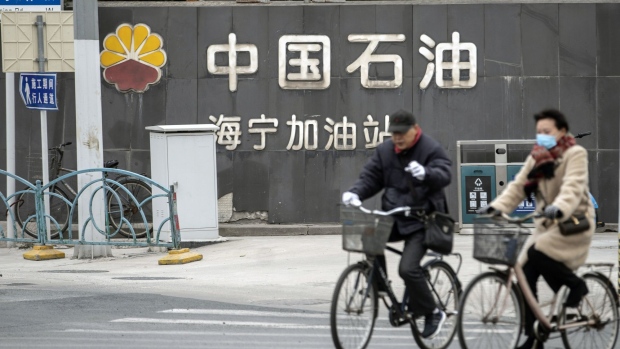 Crude refining climbed to 703.55 million tons, or 14.13 million barrels per day, according to data released Monday by National Bureau of Statistics and Bloomberg calculations. That was 4.3% more than in 2020 and 7.4% higher than 2019. Daily volumes in December were down 4.7% on the previous month.

China Petrochemical Corp. and PetroChina Co. raised gasoline and diesel output in the second half of 2021 to fill in supply gaps left by independent processors. These refiners, known as teapots, cut production due to a consumption tax on dirtier feedstocks including light-cycle oil that took effect in June. The two state-owned behemoths also ramped up diesel output last quarter to avert an energy supply crisis after the prices of coal to gas soared in the autumn.

China’s crude output, meanwhile, rose 2.4% in 2021 from a year earlier to 199 million tons, the statistics bureau data showed. CNOOC Ltd. boosted production at the Bohai field, making it the largest crude producer in China. Bohai produced 30.13 million tons last year, or about 605,000 barrels a day, surpassing PetroChina’s Changqing and Daqing fields to become the largest in the country.