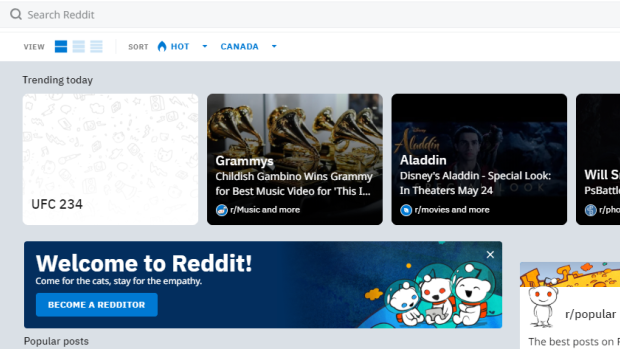 Reddit Inc. said Monday that it raised US$300 million from investors. It was one backer, in particular, that drew condemnation from members of Reddit’s online community.

Chinese internet giant Tencent Holdings Ltd. was among the investors in the round, which values the link-sharing website at US$3 billion. A report last week by technology website TechCrunch signaled Tencent’s interest.

In the following days, users posted links to Reddit depicting imagery banned by Chinese censors. They include photos of the Tiananmen Square protest and pictures comparing President Xi Jinping to the portly Winnie the Pooh. Reddit users swarmed several of the submissions, pushing them to the list of most popular posts.

Steve Huffman, the chief executive officer of Reddit, said Tencent’s expertise in video games is part of what drew the two companies together. “Video games are one category that’s really popular on Reddit,” Huffman told CNBC.

A spokeswoman for Reddit declined to comment on the outcry from users. Andreessen Horowitz, Fidelity Investments and Sequoia Capital were among the other investors in the round.

Reddit has an outspoken community that has used the company’s own website to protest against its actions in the past. The site has long been banned in China, according to researcher GreatFire.org. The free speech campaign by Reddit users may ensure that remains the case for some time.