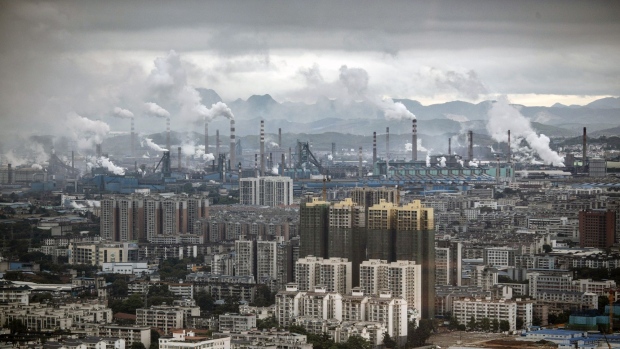 There will be more notable reductions in crude steel output along with government-led environmental checks, the China Iron & Steel Association said on its Wechat channel on Sunday, outlining the prospects for the steel market in the second half. Daily crude-steel output at major mills fell 5.6% in the first ten days of July from June, with most of the cuts taking place at plants in Shanxi, Hubei and Hebei provinces and mills including China Baowu Steel Group and HBIS Group, according to the statement.

The world’s biggest steel producer and exporter is revamping the industry to curb pollution, limit production and keep more supply at home. Beijing’s attempts to cap steel output at below last year’s record have had limited success so far, with production climbing 12% in the first half from a year earlier as surging steel prices lifted margins. Still, June output declined 5.6%.

Steel exports may drop after the country imposed higher tariffs on overseas shipment, CISA said. Domestic demand for steel will also slow in the second half after industries front loaded consumption, according to the industry body.

Steel prices may stabilize at the current range if supply and demand is relatively balanced, though continued increases in iron ore and other raw material prices are expected to squeeze mills’ margins, it said. Mills should focus on reducing costs of raw materials to maintain operational stability, according to CISA.