China’s exports declined less than expected in October as optimism rose about an interim trade deal with the U.S., while imports contracted for a sixth straight month.

Exports decreased 0.9 per cent in dollar terms in October from a year earlier, while imports dropped by 6.4 per cent, the customs administration said Friday. That left a trade surplus of US$42.81 billion for the month. 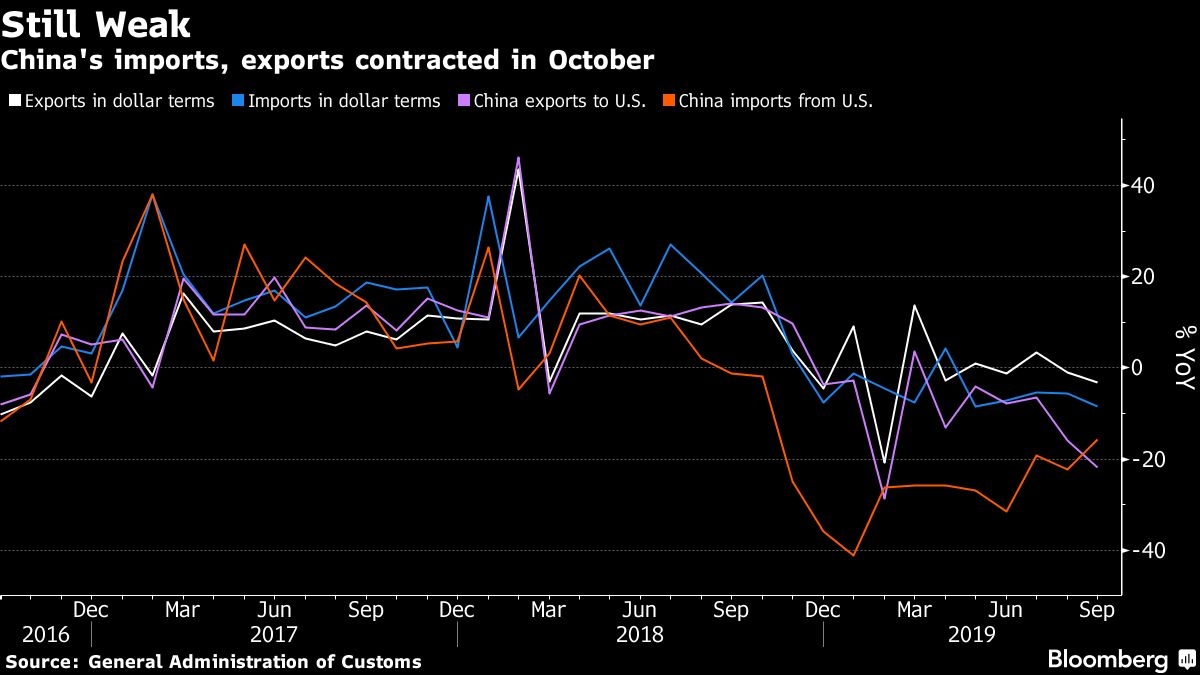 “A slower pace of decline in exports in October offers some encouragement for the economy’s performance heading into year-end. That said, a continued slide in imports, coupled with contraction in the new orders component of the official manufacturing PMI, suggest domestic demand remains weak -- tempering any optimism about growth bottoming out near term.”