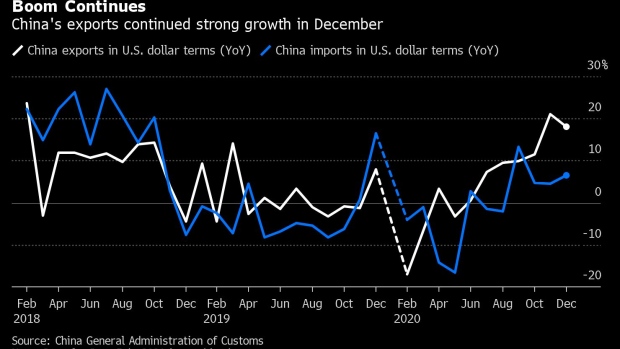 (Bloomberg) -- China’s exports continued to expand at a strong pace in December, helping to underpin the economy’s recovery. Growth in imports accelerated.