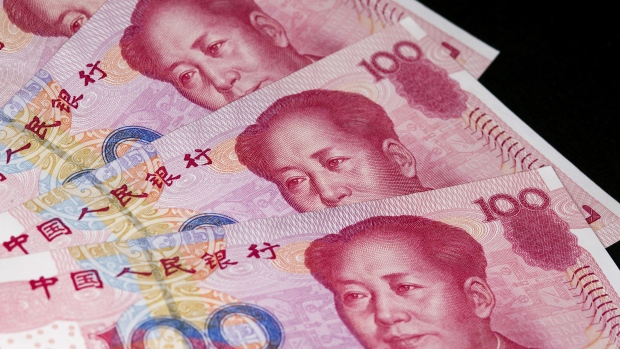 The yuan is headed for its biggest two-day advance in nine months amid prospects that China and the U.S. are working toward a possible deal in a trade war that has roiled global financial markets.

The rally came after Bloomberg reported that U.S. President Donald Trump wanted to reach an agreement on trade with Chinese President Xi Jinping at the Group of 20 nations summit in Argentina later this month and has asked key officials to start drafting potential terms. The two leaders had a telephone call on Thursday, which Trump described as “long and very good” and said in a tweet that their discussions on trade were “moving along nicely.”

Optimism for a possible trade deal between the world’s two largest economies helped the yuan pare its loss over the past six months to around 8 percent, and eased concerns that the Chinese currency would soon hit the psychological milestone of 7 per dollar for the first time since the global financial crisis.

"It is uncertain as to whether the yuan gain can be sustained," said Frances Cheung, head of Asia macro strategy at Westpac Banking Corp. in Singapore. "Some actual follow-through on a deal is needed to sustain the yuan’s gain. We tend to be more cautious given past false hope."

The yuan had come under intense pressures to weaken of late, as slowing growth in China and trade tensions with the U.S. prompted investors to shift away from riskier emerging-market assets. The depreciation already led to a pickup in capital outflows, with Chinese demand for foreign-exchange surging the most since 2016 in September. 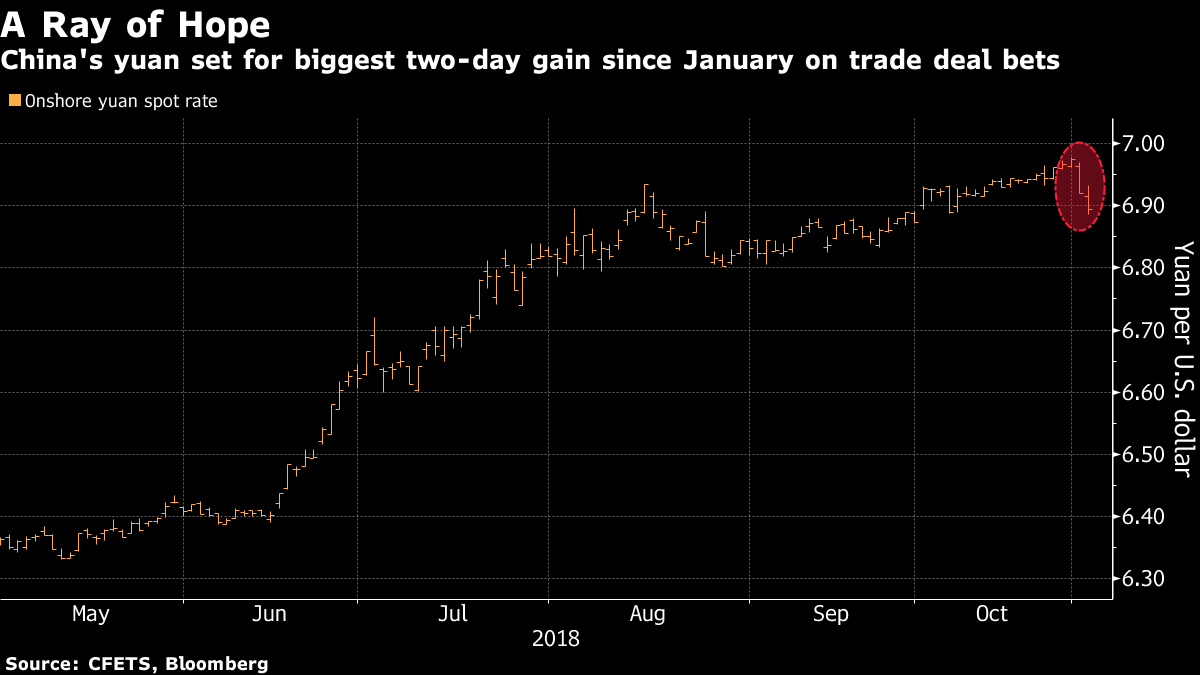