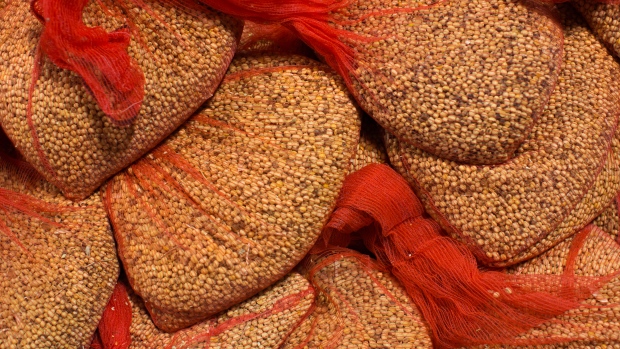 Chinese companies bought U.S. soybeans after the Xi Jinping administration issued more waivers from its retaliatory import tariffs, according to people familiar with the situation.

Both state-owned and privately run firms purchased between 12 and 15 cargoes, or as much as 1 million metric tons, said the people, who asked not to be identified because the information is private. Most of the cargoes are for shipment this year, with a few for January, they said.

Beijing officials gave waivers that allow another 2 million tons in purchases without the extra tariffs, people familiar with the matter had said earlier. That’s in addition to the 2 million to 3 million tons in exemptions awarded last week.

No one answered calls to China’s commerce ministry during the National Day holiday, and a fax seeking comment wasn’t immediately responded to.

The move may help lay the groundwork for a more conciliatory meeting between high-level officials next week in Washington, when they try to resolve the trade war between the nations.

It could also boost U.S. President Donald Trump by shoring up support from American farmers, an important political constituency in next year’s elections. Growers have suffered from slumping exports to China as a result of the dispute.

--With assistance from Alfred Cang.