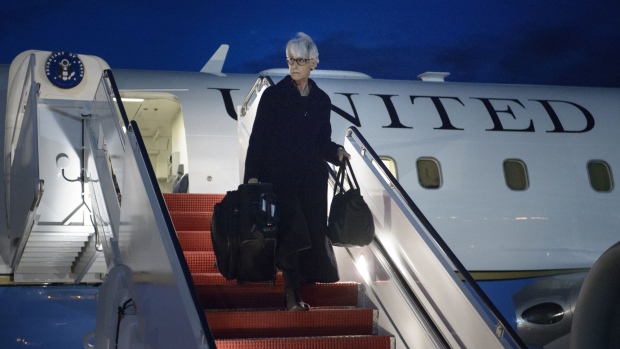 (Bloomberg) -- China lashed out at U.S. policies toward China in a tense start to high-level talks in Tianjin, declaring the relationship between the world’s two largest economies in “stalemate.”

Vice Foreign Minister Xie Feng told visiting Deputy Secretary of State Wendy Sherman that some Americans seek to portray China as an “imagined enemy,” according to accounts released by the Foreign Ministry as talks got underway in Tianjin. Still, Xie said Beijing was willing to seek common ground and deal with the U.S. on an equal footing.

“The China-U.S. relationship is now in a stalemate and faces serious difficulties,” Xie said, according to the ministry.

Sherman was slated to meet later Monday with Chinese Foreign Minister Wang Yi. The talks in the Tianjin represent the highest-level face-to-face meeting between the two sides since an acrimonious exchange in March in Alaska.

“The Chinese people look at things with eyes wide open,” Xie said. “They see the competitive, collaborative and adversarial rhetoric as a thinly veiled attempt to contain and suppress China.”